Amazon’s Prime Video limited series “Good Omens” marks two historic moments for TV: the long-awaited screen adaptation of Neil Gaiman and the late Terry Pratchett’s beloved 1990 novel about an angel and a demon trying to avert the apocalypse, and the long-awaited onscreen collaboration of Michael Sheen and David Tennant, who play said angel and demon.

It should be clear to anyone who has watched the fantasy series — which was adapted by Gaiman himself — that Sheen (who plays Aziraphale, the straitlaced, book-loving, food-snob angel) and Tennant (who plays Crowley, the shades-wearing, Freddie Mercury-worshipping, ultra-cool demon) are perfectly cast in their respective leading roles. But a bit of excessive politeness almost got in the way of who would take which role on “Good Omens.”

“I became friends with Neil quite a few years ago now, and so when it got to the point where he started writing the adaptation of this, he would send me the early versions of the scripts,” said the Welsh-born Sheen, 50, whose work includes “The Queen,” “Frost/Nixon” and “Masters of Sex.”

“I can’t remember how it happened, but I think there was a sort of assumption on my part, and his part, that each of us wanted me to play Crowley. But when I started reading the scripts I thought, ‘I can’t do this. That’s not the right part for me. I wouldn’t be able to get away with it.’ I really responded and related to Aziraphale. But I was scared that Neil didn’t want me to play Aziraphale, and he was scared that I wanted to play Crowley and I wouldn’t want to play Aziraphale!” 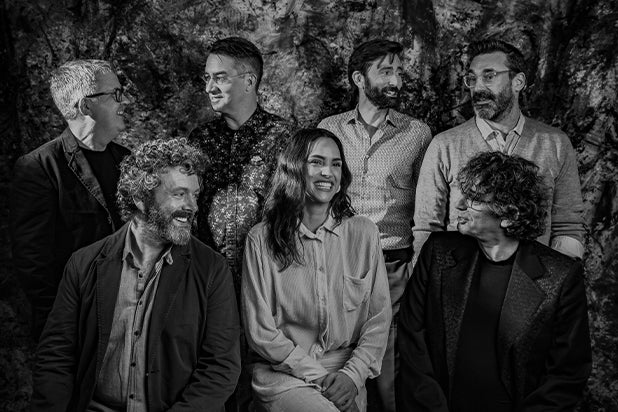 “So we had an awkward dinner where both of us wanted to address the fact that I should play Aziraphale and each was scared to say it to the other,” he continued. “And then Neil just sort of dove in at one point and said, ‘Look, how would you feel about playing Aziraphale?’ And I said ‘Oh, thank God! Thank God!’ And fairly soon afterward he said, ‘I want David to play Crowley.’ And I thought, ‘Well, I can’t imagine anyone better or anyone I could be more excited to really get to act with.'”

Tennant, a Scottish actor two years younger than Sheen whose credits include “Broadchurch,” “Doctor Who” and “Jessica Jones,” added, “I was blissfully unaware of all this going on behind the scenes. To me, a script arrived and Michael was already part of the project, and Douglas Mackinnon, a director I knew and had worked for before, was already part of the project. So I just got this wonderful, fully formed masterpiece in an email from Neil Gaiman and it was an easy yes. I read the first two scripts and said yes before they could say they wanted anyone else.”

Part of the fun for everyone came from Tennant and Sheen finally getting the opportunity to work together.

“David and I had been in a film together before (2003’s “Bright Young Things”), but did not actually have any scenes together,” Sheen said. “And I think the chances of us being in something together were reduced by the fact that we would normally be up for similar parts. You know, people would cast David and then there wouldn’t be something in it for me. So the fact that we actually got to do this together felt quite special, even before we started. I’ve been a huge fan of David’s work for years and years. And I think we have some similarities, which certainly allowed me to be able to appreciate what David was doing. It became even more special then.”

Of course, the special experience still carried with it the pressures of adapting a beloved novel that has taken 30 years to come to the screen.

“Since being involved in the project, I’m at a very steep learning curve and witness to how many people love ‘Good Omens,'” Tennant said. “While it’s very exciting to be the custodian of something that people love so much, it does give one a little tremor that you hold people’s dreams in your hands and that they’ve been waiting for this story to come to the screen for such a long time. But we’ve got Neil there, so we’ve got pretty good cover for that. And though there are things in the adaptation that aren’t in the original novel, the spirit of the novel is absolutely intact.”

Sheen added of his co-star’s days on “Doctor Who,” “Fortunately, David has a good track record with getting involved in something that is already beloved and taking it to a new level, so I just follow his lead here.” 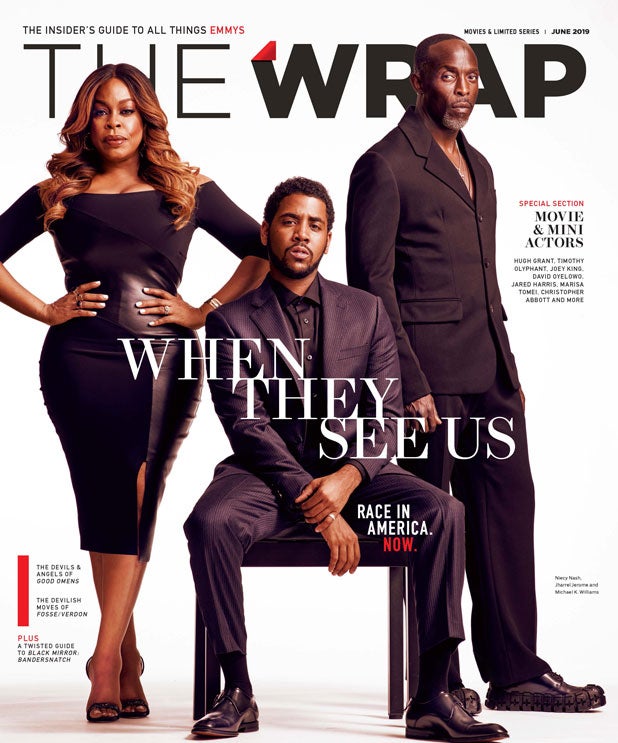