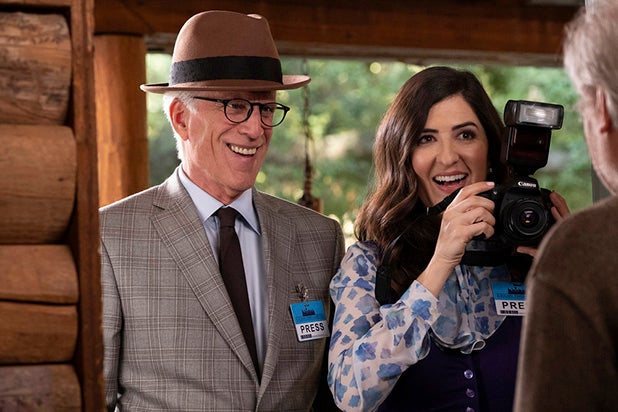 “Congratulations to Mike Schur and an exceptional cast and crew, all of whom collaborate to create a thoughtful, mind-bending and hysterical series unlike anything else on television,” said NBC scripted programming bosses Tracey Pakosta and Lisa Katz in a statement. “We can’t wait to see what unexpected stories the new season will bring.”

The early renewal comes ahead of the critically acclaimed show’s midseason finale on Thursday. No decision has been made about the length of the fourth season, but each of the show’s first three outings consisted of 13 episodes.

So far this season, “The Good Place” has averaged a 1.6 rating in adults 18-49 and 4.6 million total viewers per episode, with seven days of delayed viewing.