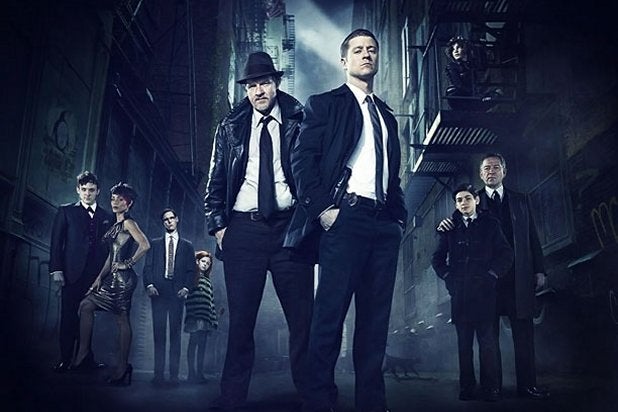 Fox has released the first cast photo from their highly-anticipated Batman prequel series, “Gotham.” It was “Gotham” star Ben McKenzie who took to Twitter to bring this photo to his fans. McKenzie takes on the roll of a young James Gordon in the series.

In his later years, Gordon rises to the position of Commissioner, where he works alongside Bruce Wayne’s Batman to fight crime in Gotham City. In this series, though, he’s a young cop just learning how mean the streets of Gotham can be. One of his earliest cases will be the murder of Bruce Wayne’s parents.

Taking a step back in time from the world of Batman seen in DC Comics, as well as various feature films and previous television series, “Gotham” offers a unique perspective on the classic heroes and villains of Gotham City. “Gotham” has been picked up to series by Fox, and co-stars Donal Logue, Jada Pinkett Smith, David Mazouz, Camren Bicondova, Erin Richards, Zabryna Guevara, Robin Lord Taylor, and Sean Pertwee.