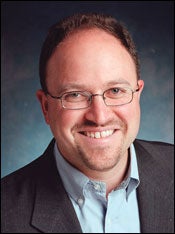 Bedrock Studios, a new family-oriented, multi-platform studio focusing on animated and live-action film, TV, publishing and digital media content, will launch its operations with “Turkeys,” an animated feature directed by Ash Brannon (“Toy Story 2,” “Surf’s Up”) and featuring the voices of Owen Wilson and Woody Harrelson.

“We’re trying to look at the changes in the marketplace and build a new business model,” says Granat. “Can we make great, family-oriented projects without dealing with big budgets and huge front-end commitments? The impetus was to put together a team that could be a one-stop source for development, visual effects and creative oversight.”

Bedrock will draw resources from the Reel FX Creative Studios, which developed animation and effects software and produced CG animation for films that included “Open Season 2” and “Teenage Mutant Ninja Turtles”; and from Granat Entertainment, where Cary Granat secured the rights to “The Chronicles of Narnia” and “Charlotte’s Web,” among others.

In addition to “Turkeys,” which is currently in pre-production, the studio is also developing films based on several family books, including Robert C. O’Brien’s “The Rats of NIMH,” Madeleine L’Engle’s “A Wrinkle in Time” and William Joyce’s “Dinosaur Bob.” All of Bedrock’s projects will be budgeted at or below $35 million.

While that figure is well below the cost of the best known family franchises, Granat points to his own $25 million “The Bridge to Terabithia” and to the recent $30 million Oscar nominee “District 9” as examples of how it can be done.

“The key,” he says, “is that production and oversight are directly linked, so that decisions are made seamlessly. You’re not waiting to see what a third party does.”

Bedrock expects to make animated films, live-action films and others that combine the two. “We’ll probably do more hybrids than straight animated films,” says Jones, who won an Oscar for the effects on the live-action/animated hybrid “Who Framed Roger Rabbit.” The studio plans to make a few films each year, he says, although the exact number has yet to be determined.

Jones says that Bedrock also plans to serve as an animation and digital effects house for films, commercials, games and online projects. “A certain amount of our schedule will be dedicated to work for hire,” he says. “Obviously that will decrease over time, but we want to keep our relationships and utilize all our assets.”

Peter Farrelly will serve as executive producer on “Turkeys,” in which Wilson and Harrelson provide the voices for a pair of turkeys who find a time machine and travel back to the first Thanksgiving.