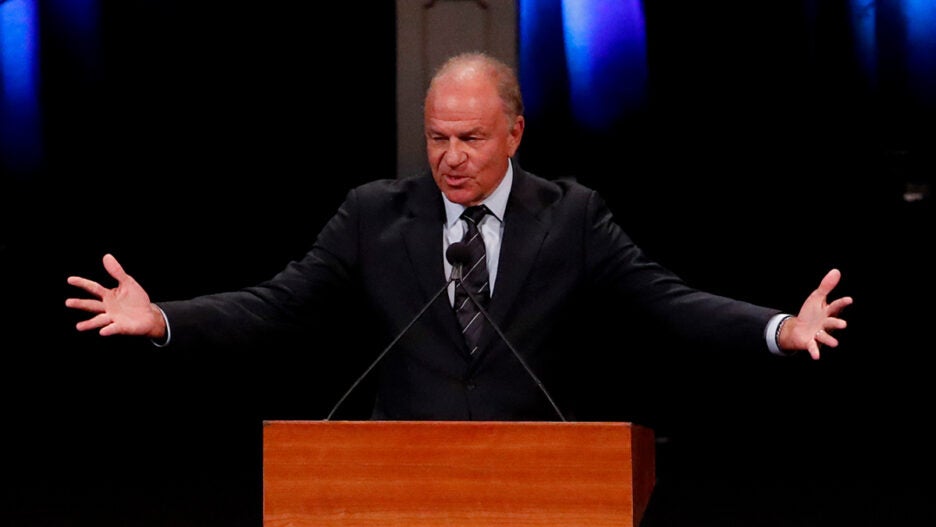 Until his death Saturday of a heart attack at age 67, Grant Woods had recently become one of the most popular guests (and an occasional target) on cable news.

Here, after all, was a former Republican office holder speaking bluntly about the dangers his (now former) party poses. He was John McCain’s chief of staff in the Senate, then ran for — and won — the race for Arizona’s attorney general in 1990 focusing on issues like civil rights and the environment that are no longer core to the Republican agenda. He served eight years, gave the most memorable speech at McCain’s funeral and officially flipped parties in 2018.

“The thing about Grant that made him so compelling in this moment is there was no fake outrage,” MSNBC anchor Ali Velshi said. “He wanted politicians to have the courage of their convictions, but to be based in authenticity. He had equal measures of disdain for Republicans and Democrats who prevaricate, mislead, or act in their own interests over those of their constituents, and of Americans.”

Woods was nothing if not brutally honest, for which he occasionally paid a high price. Fox News had a field day over his recent dismissal from the law firm with which he was connected. All because he sent a negative tweet about the Arizona Diamondbacks and called for new management. (“One that cares,” he wrote.) The team’s owner is represented by the law firm. Whoops.

Fortunately, Woods was busy enough. Athletics was just one of many forms of entertainment he enjoyed. Woods played the guitar and even composed music. A few years back, he rounded up a cast of Phoenix-area musicians to record songs that he had written. The album, “Grant Woods’ The Project,” features Lawrence Zubia of the Pistoleros, Scotty Johnson of the Gin Blossoms, Michael Nitro, Walt Richardson, Francine Reed, Hans Olson and Nils Lofgren of the E Street Band, to name a few.

His favorite artist was Kris Kristofferson. Both went through the process of applying for a Rhodes Scholarship. (Kristofferson got one, Woods was rejected when he refused to take back his claim that Bob Dylan and his ilk were the great poets of the day.) “When Dylan won the Noel Prize for Literature, I wanted to track down the committee members who rejected me,” Grant told me a few months ago. Woods graduated from Occidental College, at which time he had to decide: Would he follow his love of music and stage, or study law? “It was 50/50, but I took the easy way out,” he said about opting for a legal career.

Post-politics, Woods’ true passion was live theater. “There is no other art form that forces you to be so completely in a moment,” he said. “It’s not tomorrow and it’s not yesterday.” He was not just watching it — but writing for it. He wrote a tender piece called “Dear Senator,” a two-character correspondence between a Republican office holder and a young immigrant who grows into one. At the time of his death, his focus was on “The Ghost of John McCain,” a musical about his former boss’ relationship with Donald Trump. That one hopes to have its world premiere in Phoenix. This could be the time. 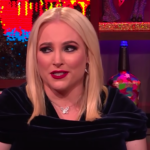 The play posed challenges, though there is little doubt how Woods felt about its characters. “Yes, John McCain is the hero and, well, Trump is the opposite,” he told me. ”But when all is said and done, the country elected Trump and did not elect McCain.” In other words, the trick will be to tap into why the country was ready for one Republican when it had previously not been ready for the other.

The charismatic Woods went back and forth between CNN and MSNBC, between Arizona and California, and between giving opinions and writing dialogue. “What was unusual and wonderful about Grant is that he had a huge world view,” said friend and playwright Michelle Kholos Brooks (who happens to be daughter-in-law of Mel Brooks). “But he was also able to focus on the heart of individuals in his storytelling.” Talent is in the family: His son, Nicholas, wrote and directed a recent film called “Echoes of Violence.”

Grant Woods succeeded in the world of politics, and was enjoying a crucial second act, bringing the man he loved most to dramatic life. Now, the show will have to go on without him.

BIO Michele Willens
Michele Willens is a bicoastal journalist. She writes a weekly theater report -- Stage Right Or Not -- for an NPR affiliate.