Gravitas Ventures has made a deal with YouTube to create the GravitasVOD channel, a new site for streaming independent films. The channel officially launched on Thursday with more than 100 films, and promises to reach 500 by the end of the year.

The venture highlights the possibilities of using the Internet to expose low-budget films, but at the same time it points out the obstacles that similar attempts always face: the scarcity of high-profile titles to attract viewers, and resistance on the part of web users to pay for content.

The press release announcing the new venture highlights the channel’s documentaries, including “American Meth,” which is narrated by Val Kilmer, and seven volumes of the documentaries series “Graffiti Verite.” 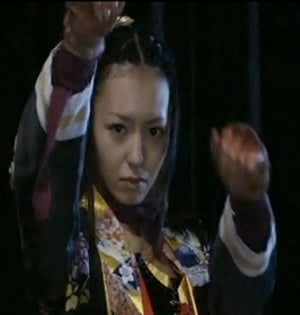 Although Gravitas Ventures senior VP Michael Murphy promises “high-quality content that is sure to resonate with members of its global community,” and the release mentions “festival favorites from Sundance, SXSW, Tribeca, Cannes, and Toronto,” at the moment the selection is long on horror films with titles like “Bachelor Party in the Bungalow of the Damned.”

As of Thursday morning, “Samurai Princess” (right) was the most-viewed title, with just over 300 views; most of the films had less than 100.

The majority of the films can be streamed free of charge, after viewing a 30-second advertisement. Some require a small rental fee, such as $2.99 for “loudQUIETloud: A Film About the Pixies.”

Gravitas, though, is going to have to change some web users’ opinions to have success with the rental fees: one of the comments on the channel reads, “Ha … Cool … but i’m not paying two bucks to watch a YouTube video … ”