Anthem bought Gravitas from Germany-based Red Arrow Studios as part of a multimillion dollar deal that includes Gravitas Ventures’ library of 3000 titles. Anthem’s transaction was based on a cash purchase price of $73 million along with an additional common stock consideration component.

Gravitas Ventures will join a roster of Anthem properties such as AXS TV, HDNET Movies, IMPACT Wrestling, Invicta Fighting Championships, Fight Network, Game+ and GameTV. The purchase gives Anthem over 8,000 hours of sports and entertainment content in its library.

The Cleveland-based Gravitas has been around for 15 years and releases as many as 300 films and documentaries per year, but among their biggest hits are the 2020 feature “The Secret: Dare to Dream” starring Katie Holmes and this year’s “Queen Bees” starring Ellen Burstyn and James Caan. The company became part of Red Arrow Studios in November 2017.

Upon completion of the transaction, Anthem will add more than 200 customers to its ranks and enable Gravitas to invest further in content opportunities, new themed channels and to enter the television distribution market.

“This is a significant step forward for Anthem in its mission to build a next-generation media company that is primed for the digital future, keeping Anthem ahead of the curve with the current trajectory of the fast-paced streaming-first entertainment ecosystem,” Leonard Asper, founder and CEO of Anthem, said in a statement. “Gravitas is a world leader in film and documentary distribution and provides Anthem with a major presence across the top digital platforms. We are happy to welcome Nolan, Michael, Brendan, Brian and the Gravitas team on board, and to broaden our shareholder base to include Gravitas Ventures’ management and Red Arrow Studios. We are excited to build upon the incredible success that they have already achieved.” 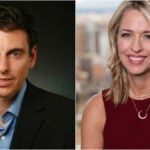 “Anthem perfectly complements Gravitas Ventures’ mindset and mission, presenting several major platforms where our films can thrive while opening up dynamic new areas and opportunities that will be vital in helping our company grow,” Gallagher said. “They have had tremendous success with all of their acquired properties, taking a hands-on approach that shows a great understanding for their unique products and what it takes to keep them on top in this highly competitive industry. We feel confident being a part of a talented Anthem team that is more than equipped to lead the charge for our filmmakers on this journey, and we could not be more excited to begin this new era in the legacy of Gravitas Ventures.” 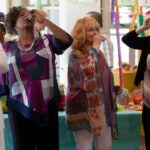