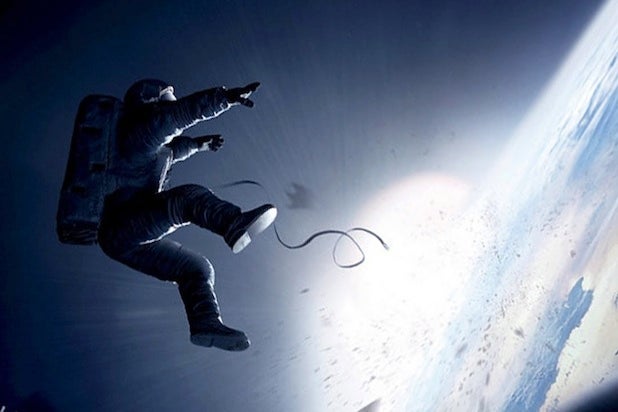 The force of “Gravity” was overwhelming on Wednesday night at the Visual Effects Society’s 12th annual VES Awards, as the film won six awards and dominated the feature-film categories on the way to what could be an easy visual-effects win at the Oscars in two-and-a-half weeks.

Alfonso Cuaron‘s spectacle set in Earth orbit won in six out of the seven categories in which it was eligible, including Outstanding Visual Effects in a Visual Effects-Driven Feature Motion Picture, the category that most closely corresponds to the Oscar’ Best Visual Effects category.

Four of this year’s five Oscar nominees were competing in the category, whose winner has gone on to win the Academy Award in eight of the previous 11 years.

The results were such a foregone conclusion that host Patton Oswalt kicked off the show by welcoming guests to “the first annual ‘Gravity’ awards!” The film had eight nominations in seven different categories, and only lost twice on a night when its director was also honored with the VES’s Visionary Award.

The first “Gravity” loss was to itself in the Outstanding Created Environment category, where it had two nominations. (In other words, it simultaneously won and lost.) The second was to “The Hobbit: The Desolation of Smaug” in the Outstanding Animated Character in a Live Action Motion Picture category, in which the dragon Smaug beat Sandra Bullock‘s character Ryan.

The only other live-action feature to win an award was “The Lone Ranger,” which took the prize for Supporting Visual Effects, a category in which an effects-heavy movie like “Gravity” is not eligible.

Disney’s “Frozen” was even more dominant in the four animated-feature categories, winning all four.

“Game of Thrones” was the big winner in the television categories, with three awards. Other TV honors went to the pilot of “Banshee” and the PETA commercial “98% Human,” which won two awards in categories for which broadcast programs and commercials were both eligible, as well as one in a commercials-only category.

Cuaron’s was one of two honorary awards presented at the show; the other was the Lifetime Achievement Award, which went to John Dykstra, whose effects work includes “Star Wars,” “Battlestar Galactica,” “Star Trek: The Motion Picture” and the first two “Spider-Man” films.

The show, which took place in the International Ballroom at the Beverly Hilton Hotel, also included a tribute to stop-motion pioneer Ray Harryhausen, who died last May.

The Visual Effects Society is a worldwide, honorary society of professionals in the visual-effects field.