Graydon Carter was banned from Keith McNally’s restaurants on Thursday, but the former Vanity Fair editor and Air Mail founder dismissed the banishment as “deranged” and promised to send tips to McNally’s employees to make up for a no-show reservation.

Carter told People that while McNally was right that he didn’t show up to — or cancel — a 12-person reservation at Morandi on Wednesday, “As for the rest of McNally’s deranged rant, it is pure fiction. I rarely eat at his places and this all stems from the story we did about his most recent Instagram controversies in last week’s Air Mail.”

McNally, who owns New York City eateries like Balthazar and Pastis, detailed in a lengthy Instagram caption that not only did Carter bail on a large reservation at Morandi — which wasn’t canceled by his staff until an hour after the reservation time — but he’s a repeat offender. 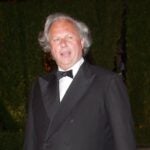 “Perhaps, being something of a social bigwig, Mr Carter thinks he is above having to cancel restaurant reservations,” the controversial restauranteur concluded. “Perhaps. But I’ll tell you one thing. The fancy F–er will never be allowed to make a reservation at one of my restaurants again. Never.”

This was not McNally’s first controversial Instagram post. Indeed, the Air Mail piece Carter believes is at the heart of McNally’s disdain said the Minetta Tavern owner is “more talked about than ever … for all the wrong reasons” thanks to his use of social media. For instance, he’s used the app to caution against a “rush to judgment” against incarcerated Jeffrey Epstein ally Ghislaine Maxwell, and celebrated the appearance of Woody Allen and his one-time adopted daughter and now-wife Soon-Yi Priven at Balthazar. Allen has been accused by his daughter, Dylan Farrow, of sexual abuse.

As for Carter, he promised in his statement to People to donate to the restaurant’s tip pool to make up for the no-show.