Apple TV+ is taking a deep dive into the careers of some more iconic athletes for Season 2 of its short-form documentary series “Greatness Code.”

The six-part series will also include Marcus Rashford, Leticia Bufoni, and Scout Bassett. On Tuesday, the streaming service released a trailer for the new season, which you can watch above.

“In those really important moments, when you have everything on the line, it’s all or nothing,” Vonn says in the clip. Wilson adds, “As soon as you cross that white line to step on the field, the feelings have to go.” 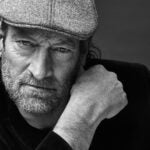 Season 1 of “Greatness Code” followed LeBron James, Usain Bolt, Tom Brady, Shaun White, Katie Ledecky, Kelly Slater and Alex Morgan. The series is part of a slate of sports documentaries on Apple TV+ including “They Call Me Magic” and “Make or Break.”