Talent agency Verve has signed Troy Kotsur, the deaf star of Best Picture-winner “CODA” who is fresh off his Oscar win for Best Supporting Actor, after a competitive situation among agencies.

Kotsur is the first deaf man to win an Oscar, and he’s the second deaf actor overall to win after his onscreen wife in “CODA” Marlee Matlin won the Best Actress prize for 1986’s “Children of a Lesser God.”

The success of “CODA” also allowed Kotsur the opportunity to make an appearance in an episode of “The Mandalorian,” and next up he’ll star as the coach of a deaf track team in a film called “Flash Before the Bang,” which is being produced by Ben Affleck and Matt Damon’s Pearl Street Films. He’s also appeared on “CSI: NY,” “Scrubs, “Criminal Minds” and directed his first film, “No Ordinary Hero.” 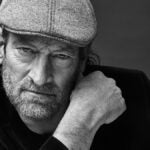 Also Read:
Why Troy Kotsur’s Vulgar Sign Language in ‘CODA’ Is All His Own

Kotsur grew up in Phoenix and Mesa, Arizona, where his father was police chief. Kotsur studied theater, television and film at Gallaudet University in Washington, D.C., but left after two years to join the Deaf West Theatre in Los Angeles, where he starred in productions including “Cyrano,” “Of Mice and Men” and “A Streetcar Named Desire.”

He was nominated for the 2015 LA Drama Critics Circle Award in the Deaf West Theatre production of “Spring Awakening” and appeared on Broadway in the Tony Award-nominated ASL (American Sign Language) production of “Big River: The Adventures of Huckleberry Finn.”

Troy Kotsur lives in Mesa, Arizona, with his wife, deaf actress Deanne Bray, and his daughter.

Kotsur continues to be represented by Mark Finley at Metric Talent and attorney Logan Clare of Johnson Shapiro Slewett & Kole.