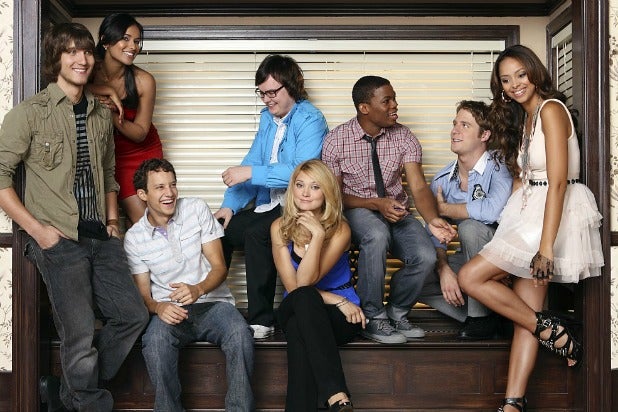 The “Greek” reunion movie isn’t moving forward at Freeform, and fans have taken to Twitter to lament the end of the party.

A Freeform rep confirms to TheWrap that “Greek: The Reunion” is dead, but no further details have been released.

The network had announced in April 2016 that it was developing the holiday-themed TV film that would reunite the cast of the college-themed dramedy that ran for four seasons on ABC Family before signing off in March 2011.

Smith responded to the announcement by tweeting a reference to the Cyprus-Rhodes mascot: “Sorry, Titans.”

Duke told “Page Six” earlier this year that he “doubted” he would participate in the reunion movie.

Other tweets about the news are below.

.@SEANSMITH74 so bummed to hear the #Greek news but really hope you can find another home. Need some cappie!!

When you find out the #Greek reunion movie is cancelled. @FreeformTV you suck! pic.twitter.com/K86zFcYwUo

I got on Twitter when I received a notification that people I follow were tweeting about #Greek. Now I'm dissapointed. ???? @FreeformTV

Super bummed #Greek revival is not happening. I'd love to know what was planned.

Thanks to all who shared the #Greek news w us. We're bummed it's not happening at #Freeform but tell @SEANSMITH74 you hope it finds a home!

@FreeformTV millennial viewer here, baffled by decision on #GREEK… been looking forward to it since announcement. bummed. ???????? @SEANSMITH74