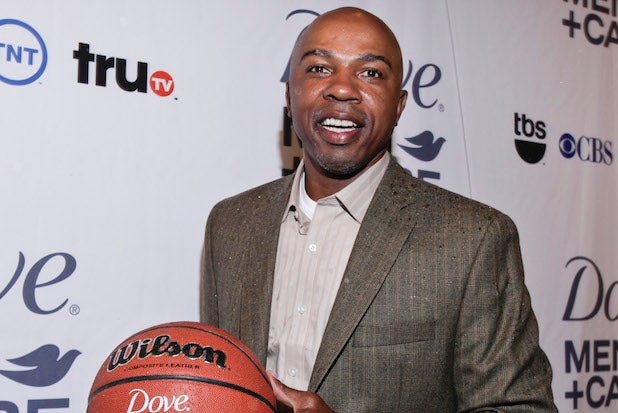 Basketball commentator and former NBA player Greg Anthony was suspended indefinitely by CBS and Turner Sports on Saturday after he was arrested on charges of soliciting a prostitute in a Washington, D.C. hotel room.

A CBS spokeswoman told TheWrap in a statement: “Greg Anthony will not be working again for CBS this season.”

Turner Sports also suspended Anthony. “Greg Anthony has been suspended indefinitely and we will have no further comment at this time,” a Turner spokesperson told TheWrap.

The TV analyst was arrested on a charge of soliciting a prostitute at a DoubleTree hotel in D.C. on Friday morning. This, according to a police report obtained by The Associated Press.

The report states that Anthony was arrested in an undercover sting operation targeting prostitution.

Metropolitan police Lt. Kelvin Cusick said Anthony was released from custody Friday evening and could face up to 90 days in jail if convicted.

Anthony had been scheduled to announce the Michigan State-Maryland men’s basketball game Saturday in nearby College Park, Maryland.

There was no mention of Anthony at the beginning or at halftime of the Michigan State-Maryland game.

The Metropolitan P.D. has not yet responded to TheWrap‘s request for comment.

In Season 1's "Screech's Girl," the smitten nerd falls in love with Bambi, who is actually just Zack Morris (Mark-Paul Gosselaar) speaking in falsetto on the phone. At one point Screech handcuffs himself to the lockers in protest and won't let himself go until Bambi shows up. Fortunately she finally does, but in the form of Zack in drag.