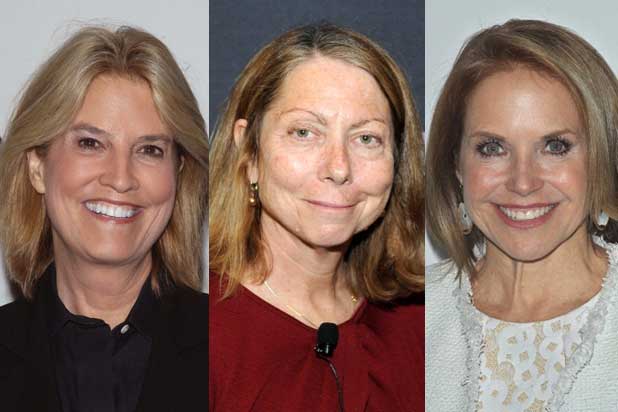 Jill Abramson’s first interview following her exit from New York Times will be with Greta Van Susteren on Fox News — not with Katie Couric as Yahoo News previously claimed.

On Tuesday the online news outlet announced Couric, who is scheduled to interview Abramson Thursday, would be the first to interview her since she was replaced as executive editor in May, but that isn’t true.

“Van Susteren will interview her on ‘On the Record,'” Fox told TheWrap in a statement, which would be a full day earlier.

Abramson was the first female executive editor in 163-year history of the New York Times and her abrupt departure was labeled sexist by many, so it’s not surprising that journalists might be eager to air her story.

But has Couric, who spent years as a network anchor before moving to Yahoo News, been scooped?

Susteren is a TV correspondent and Couric now traffics in Internet news, so technically one could argue they aren’t direct competitors. Couric is still free to promote her interview as the first of its kind online.

Either way, Abramson’s first public comments after being replaced at the New York Times belongs to neither of them.

“Sure, losing a job you love hurts,” the journalist told Wake Forest graduates during a commencement address in May. “But the work I revere — journalism that holds powerful institutions and people accountable — are what makes our democracy so resilient — this is the work I’ll very much remain a part of.”

Van Susteren’s interview with Abramson will air on Fox at 7 p.m. on Wednesday.