There’s a severe blood shortage at Grey Sloan Memorial Hospital in the upcoming Season 18 finale of “Grey’s Anatomy,” and the staff is on high alert.

In TheWrap’s exclusive sneak peek from the two-hour finale, which you can watch above, a storm is causing an influx of patients at Grey Sloan. Head of Trauma Owen Hunt (Kevin McKidd) is trying to get more blood for the trauma bay, but co-head of Cardiothoracic Surgery Teddy Altman (Kim Raver) informs him that the blood bank has no more left to send.

With things already in chaos, Owen is stunned when a man walks into the trauma bay looking for him.

“My wife, she’s a Marine and she’s really sick,” the man says. “Heather Young said you could help us.” 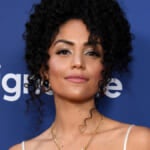 It’s been a few weeks since Owen has been confronted with his decision to help terminally ill soldiers get drugs for physician-assisted deaths. Earlier this season, Hayes (Richard Flood) stepped down from his position as Head of Pediatric Surgery after finding out what Owen had been doing, because he either had to report his actions or risked losing his medical license.

The two-hour season finale is made up of opening episode “Out for Blood,” followed by “You Are the Blood.” The loglines for the episodes also hint at more trouble between Winston (Anthony Hill) and his brother, as well as a risky decision from Meredith (Ellen Pompeo) regarding a patient.

Also in the finale, as we’ve already learned, Jesse Williams and Sarah Drew will be making an appearance. It’s unclear how Jackson and April will fit into the story. 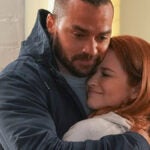