“Grey’s Anatomy” and “Station 19” will each return for another season at ABC, the network announced Monday.

The long-running medical drama has been picked up for an 18th season to air in 2021-22, along with a fifth season of the firehouse spinoff. Both shows are run by showrunner Krista Vernoff.

“The writers, directors, casts and crews of ‘Grey’s Anatomy’ and ‘Station 19’ worked so hard to bring these shows to life this past season,” Vernoff said. “Keeping each other safe on set while paying tribute to the front-line heroes and first responders has been a challenge and a privilege. I’ve been truly blown away — particularly by our tireless crews — as they reinvented the TV-making wheel. Thank you to ABC and ABC Signature for the support and extraordinary partnership through this unprecedented season. We are so grateful for the opportunity to tell more stories.” 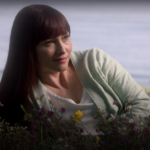 The “Grey’s” renewal comes after months of speculation about the future of the show beyond Season 17. Star Ellen Pompeo and the show’s creative team, including Vernoff, had openly discussed the possibility of the forthcoming season finale serving as the show’s final episode. “I’m planning for both contingencies and it’s hard and it’s not ideal. It’s not where I wish we were,” Vernoff told the Hollywood Reporter back in March.

Later that month, Vernoff, who also oversees the network’s Erin Brockovich-inspired legal drama “Rebel” and the “Grey’s” spinoff “Station 19,” signed a new overall deal with ABC Signature, laying the groundwork for a renewal. Disney also had to negotiate an extension on Pompeo’s contract, which was set to expire at the end of Season 17. The existing deal, which included a producing credit on the show, made her the highest-paid actress currently starring in a primetime drama series. 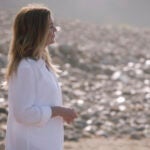 Also Read:
Why ‘Grey’s Anatomy’ Killed Off Another Beloved Doctor in a Twist That Had Nothing to Do With COVID

“‘Station 19’ and ‘Grey’s Anatomy’ have done an incredible job of honoring real-life heroes by giving audiences an unflinching look at one of the biggest medical stories of our time,” Craig Erwich, president of Hulu Originals & ABC Entertainment, said. “Krista and her team of writers have continued to deliver the compelling and compassionate storytelling that is a hallmark of these shows, and created some of the year’s most-talked-about moments in television. We’re so grateful to our talented casts and crews for their extraordinary work that connects with viewers everywhere, and we look forward to sharing even more defining moments with our fans next season.”

Season 17 of “Grey’s Anatomy” heavily incorporated the COVID-19 pandemic into its plot and saw the returns of several high-profile former cast members, including Patrick Dempsey, T.R. Knight, Chyler Leigh and Sarah Drew. While not the ratings smash it was at its peak, the show is a reliable performer for ABC and remains the network’s top scripted drama in both total viewers and the key 18-49 demographic. “Grey’s” is also an important legacy series for the network, having earned a total of 38 Emmy nominations across its run, including two for outstanding drama series.