ABC's "Grey's Anatomy" was the broadcast primetime show helped the most this TV season by a full week of DVR viewing of its original episodes. The show gained the most viewers and the largest 18-49 demo increase among all primetime shows, according to Nielsen Media Research data. 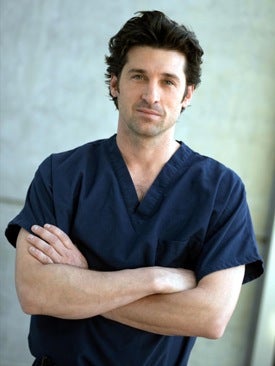 Many of the CW shows had the largest percentages of viewers added to their viewership over seven days, however their audience bases are smaller so their total viewer numbers did not boost them into the Top 10.

On a percentage basis, CW's "Smallville," "Gossip Girl," "Melrose Place" and "90210" all increased viewership by 28 percent when seven-day DVR viewing was added.

Among the 18-49 demo, the cancelled "Dollhouse" also recorded the largest increase percentage wise, boosting it's rating by 50 percent (to a 1.2) when seven-day DVR viewing was taken into account. The CW's "Smallville" increased its 18-49 rating by 40 percent over seven-days to a 1.4, while "Melrose Place increased it by 28 percent to a 0.9 and "Gossip Girl" boosted its 18-49 rating 27 percent to a 1.4.