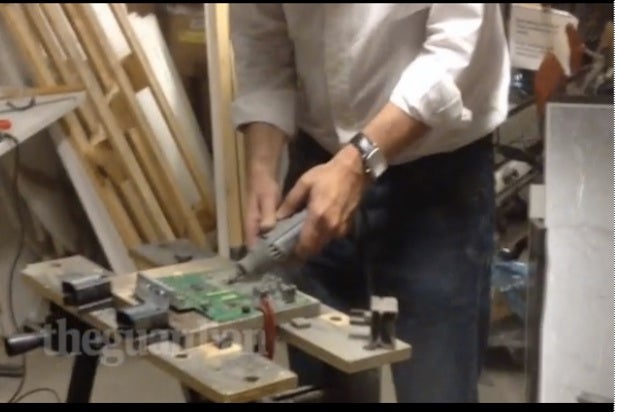 After the Guardian’s Glenn Greenwald published Snowden’s documents revealing government collaboration in surveillance programs, UK intelligence officials ordered the newspaper to cough up or destroy the files. They also threatened to  shut down the newspaper.

So the paper destroyed the files — and has now posted the footage. Captured in July 2013, the video features a “senior editor and a Guardian computer expert” using angle grinders and other power tools to smash the hard drives and memory chips that contained the files. Intelligence officers monitored their destruction.

The episode became a flash point in debates over freedom of the press in the United Kingdom.

Watch the video footage below: