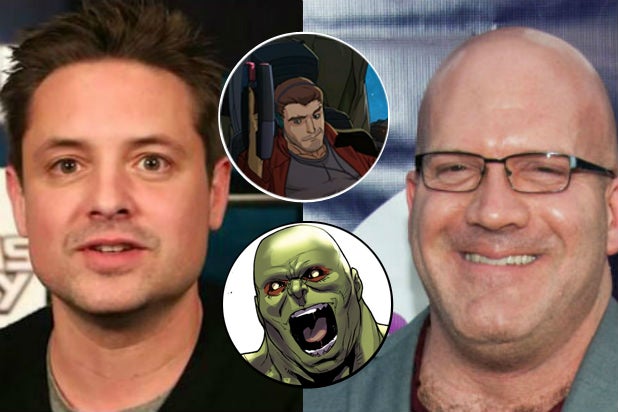 Will Friedle and David Sobolov have joined the voice cast of Disney XD’s upcoming “Guardians of the Galaxy” animated series.

Friedle, who portrayed Eric Matthews in “Boy Meets World,” will take on Star-Lord, portrayed by Chris Pratt in the 2014 blockbuster live-action film. Sobolov is stepping back into the role of Drax the Destroyer after voicing the menacing superhero in other animated series such as a crossover for “Ultimate Spider-Man” and “Marvel’s Avengers Assemble.” Dave Bautista appeared as Drax alongside Pratt in the the film.

Marvel Entertainment will continuing rolling out cast announcements on Twitter  as two more stars will be named Thursday.

Disney and Marvel dropped the first trailer for “Guardians of the Galaxy” Tuesday night to much fanfare. TheWrap grabbed up some groovy screenshots you might’ve missed — if you dared to blink.