(Spoiler alert: Please do not read on if you don’t want to know revelations from “Guardians of the Galaxy Vol 2” before it opens on May 5)

With the premiere taking over Hollywood on Wednesday night, the Marvel press tour for “Guardians of the Galaxy Vol 2” is in full swing this week and a number of major cameos have already been leaked.

Writer and director James Gunn revealed the names of those characters at Thursday’s press conference in West Hollywood, California, and TheWrap was there to get the inside look.

Towards the end of the sequel to the 2014 hit just before the credits roll, new ravagers Charlie-27 (played by Ving Rhames) and Aleta Ogord (Michelle Yeoh) make their debut.

We won’t get into why they appear because that is an even bigger spoiler, however, they meet up with Stakar (a.k.a. Starhawk), played by Sylvester Stallone, and two other alien characters: Krugar and Mainframe. The five characters then vow to get back together.

For non-hardcore fanboys (who will get this reference), this is an onscreen reunion of some of the original “Guardians of the Galaxy” team members from the early ’90s Marvel Comics. 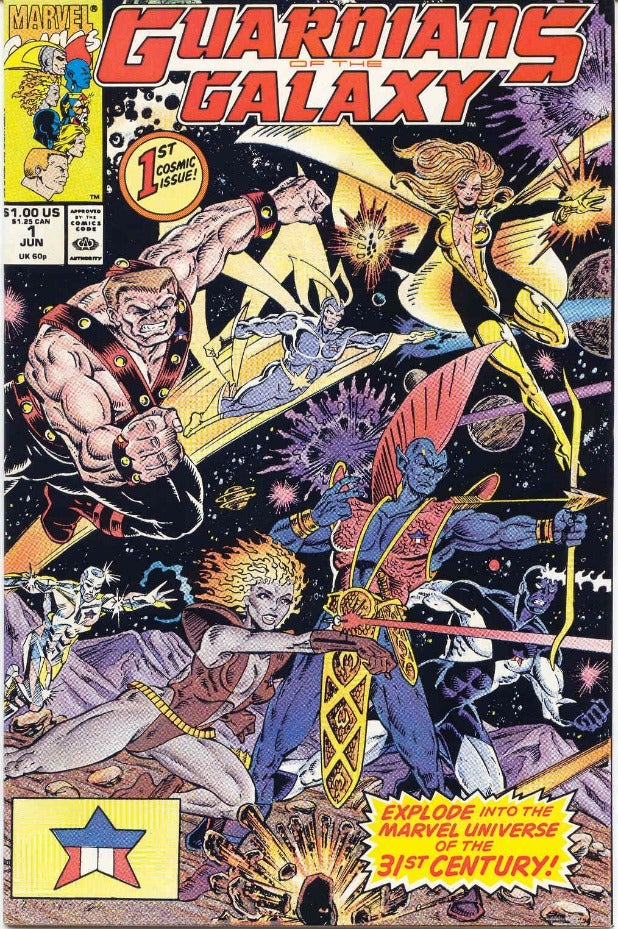 Guardians of the Galaxy 1990 comic

Stakar, Charlie-27 and Starhawk’s wife, Aleta, were all characters who, alongside Yondu Udonta (played by Michael Rooker in the film), Major Vance Astro, Martinex and Nikki Gold, formed the basis of the original Guardians team in the comics.

They were active in the 31st century in an alternative time-line of the Marvel Universe known as Earth-691 and had little in the way of major connections with the modern Guardians team brought together in Dan Abnett and Andy Lanning’s 2008 Guardians comic and popularized by Gunn’s first film.

Io9 spoke with Marvel president Kevin Feige about the characters at Thursday’s press junket, who said he expects them to play some role in “Guardians of the Galaxy Vol. 3.”

“You will not see [Charlie-27 and Aleta] until [“Guardians”] 3 at the earliest,” he said. “One of the original ideas was, James [Gunn] was fleshing out the character of Yondu … and having the fun of tipping our hat to the original Guardians team. [It] just gives James another set of tools to play with as he’s piecing together future stories.”

“Guardians of the Galaxy Vol. 2” opens in theaters on May 5.