The Alliance of Motion Picture and Television Producers (AMPTP) has extended the deadline for the Return-to-Work agreement that outlines COVID-19 safety protocols for film shoots through June 30.

The Return-to-Work agreement, which was finalized back in September, codifies the safety and testing requirements that film and TV shoots must adhere to in order to prevent COVID-19 outbreaks on set, as well as requires 10 days of paid leave for anyone who tests positive for the virus. SAG-AFTRA, DGA, IATSE, and the Teamsters and Basic Crafts are all signees onto the agreement.

No changes have been made to the safety protocols even as Los Angeles is on the verge of reaching the fourth and most lenient tier in California’s reopening system as early as Tuesday. 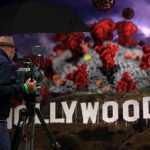 Also Read:
Why COVID-19 Safety Protocols Are Here to Stay on Hollywood Sets – For Now

Sources also say that the two sides have also agreed to not make a final decision on whether to mandate vaccines in order for workers to return to sets. As TheWrap reported earlier this month, both guilds and studios entered the talks in agreement that it was too early to consider such a mandate, instead choosing to continue monitoring the vaccination process to see if the U.S. continues to move towards herd immunity and if any potentially vaccine-resistant variants of the virus pop up in global hotspots such as Brazil and India.

“The CDC recommendations say that even if you are still vaccinated, you should still wear a mask and practice social distancing. With the nature of film shoots, that’s not always possible,” one guild insider recently told TheWrap.

“Plus, there’s just the fact that we know there’s been a more infectious variant spreading in California for months and we don’t know if more are on the way or how long it will take for most cast and crew to get vaccinated,” they added.

In the United States, an estimated 237 million doses of the vaccine have been administered, with 43.3% of the nation’s population having received at least one dose. While new outbreaks pushed daily cases up to as high as 78,000 in the first half of April, the national rate has dropped in the past two weeks with the seven-day average falling below 60,000 cases.

Health experts have said that at least 80% of the populace, and possibly more, will need to be vaccinated in order to guarantee herd immunity in the U.S..