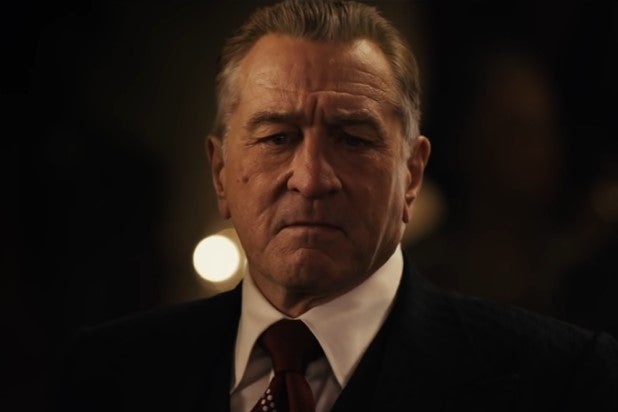 The praise for “The Irishman” keeps flooding in, and the latest admirer to herald it a “masterpiece” is “The Shape of Water” and “Pan’s Labyrinth” director Guillermo del Toro.

In a 13-tweet thread shared on Twitter Monday, del Toro compared “The Irishman” to another period piece and epic, Stanley Kubrick’s “Barry Lyndon.” And though he acknowledged the film’s length — bleeding to over three hours — del Toro called the film a must-see and a perfect corollary to Scorsese’s “Goodfellas” and “Casino.”

“This film needs time- however- it has to be processed like a real mourning. It will come up in stages… I believe most of its power will sink in, in time, and provoke a true realization. A masterpiece,” del Toro wrote. “See it. In a theatre. This movie languished in development in studio vaults for so long… having it here, now, is a miracle. And, btw- fastest 3 hours in a cinema. Do not miss it.”

In his tweet thread, the director also hailed Joe Pesci’s performance as “masterful” and said he’s continually fascinated by the work of Robert De Niro, even singling out what he finds to be a career-best in Quentin Tarantino’s “Jackie Brown.”

“Pesci [is] supremely minimalistic. Masterful. He is like a black hole- an attractor of planets- dark matter. DeNiro has always fascinated me when he plays characters that are punching above their true weight – or intelligence,” he continued. “An interesting transfer between these characters: Pesci- who has played the Machiavellian monster, regains a senile innocence, a benign oblivion and De Niro’s character – who has operated in a moral blank- gains enough awareness – to feel bitter loneliness.”

Ultimately though del Toro was floored by the profoundness Scorsese brought to the saga and how it evokes larger ideas about the fleeting nature of our lives.

“It is about lives that came and went, with all their turmoil, all their drama and violence and noise and loss… and how they invariably fade, like we all do,” del Toro said. “The film is a mausoleum of myths: a Funereal monument that stands to crush the bones beneath it. Granite is meant to last but we still turn to dust inside it.”

“The Irishman” just premiered at the New York Film Festival, and it will be released in theaters by Netflix beginning Nov. 1 before launching on the streaming service on Nov. 27.

1/13: 13 Tweets about Scorsese's The Irishman: First- the film connects with the epitaph-like nature of Barry Lyndon. It is about lives that came and went, with all their turmoil, all their drama and violence and noise and loss… and how they invariably fade, like we all do…

Where does his latest, “The Shape of Water,” rank among the director’s storied output?