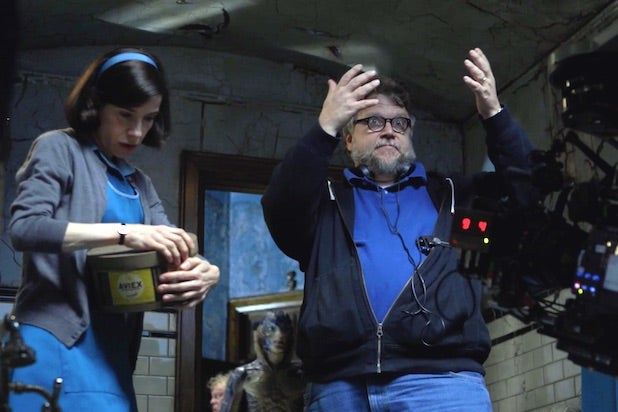 It sounds like even Guillermo del Toro, a two-time Oscar winner for “The Shape of Water,” has trouble getting some of his movies made: He tweeted a list of 17 films he says he has ready to go, including “Justice League Dark.”

His list, which also includes a TV pilot for Marvel’s The Hulk, includes projects that are “developed, fully written or co-written” but “have gone unproduced (so far).”

They aren’t just passion projects. Besides “Justice League Dark,” which is a, well, darker take on the DC super-team, he also has versions of Disney’s “Beauty and the Beast” and “Haunted Mansion,” and a remake of “Fantastic Voyage.”

“To be clear these screenplays are WRITTEN, done,” del Toro said in a series of tweets on Monday. “Each of them took months, years of my life. Meetings synopsis, beat sheets and were all written, features, 90-130 pages each.”

Del Toro said the films amount to a decade of work “lost” and added that they are not pipe dreams.

“These are not ‘maybes’ or ‘wish list’ items. They are done,” del Toro added.

At least one of the projects, “Pacific Rim 2,” has already been made, but he said on Twitter that his version is “very different” from the version that audiences ultimately saw, this year’s “Pacific Rim: Uprising.”

Many of the other projects have already been previously reported and slowly faded from view over the years. For instance, del Toro was previously attached to direct “Beauty and the Beast,” which Disney released their own remake of in 2017. For “Justice League Dark,” del Toro confirmed to Gizmodo that he was in talks for the project back in 2012 and by 2013 had even revealed to IGN some of the characters that would be featured. But TheWrap reported back in 2017 that the movie still lives on at Warner Bros. and that Gerard Johnstone was hired to rewrite the script. Finally, Deadline reported that del Toro became attached to “The Hulk” TV pilot at ABC in 2010. The last update came in 2012 when he told Collider that he was “in a holding pattern” on the show. The director has also hinted at some of the other projects, some of which date back to 2001.

View the full list of movies del Toro tweeted out below:

1/2 SCREENPLAYS I have developed, fully written or co-written that have gone unproduced (so far):
THE WITCHES, JUSTICE LEAGUE DARK, BEAUTY AND THE BEAST, AT THE MOUNTAINS OF MADNESS, FANTASTIC VOYAGE, THE COUNT OF MONTECRISTO, MEPHISTO'S BRIDGE, PACIFIC RIM 2 (very different),

The thing is- each script takes about a year, so- more than a decade of work lost (in the case of mountains, much more, since we scoiuted and designed etc)

Oh, and WIND IN THE WILLOWS (which I loved)

To be clear these screenplays are WRITTEN, done. Each of them took months or years of my life. Meetings, synopsis, beat sheets and were all written, features- 90-130 pages each.

These are not "maybes" or "wish list" items. They are done.