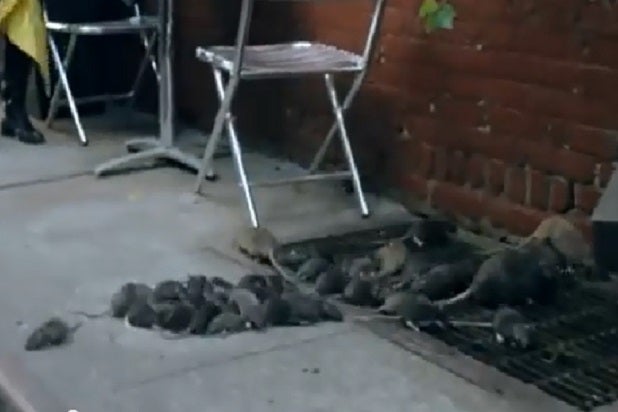 Sure, you’ve heard of vampire bats. How about vampire rats?

The brief snippet, dubbed “He Is Here,” doesn’t reveal much of interest, unless you have a rodent fetish. The clip begins with a woman smiling as someone videotapes her, then quickly cuts to a building grate being overrun by rats.

The action quickly moves to the interior or a building, in a scene punctuated by — yup — more rats.

Hope you’ve already had your lunch.

The series, which is slated to premiere in July 2014 and stars Casey Stoll, Mia Maestro, Sean Astin and Kevin Durand among others, is based on del Toro and Chuck Hogan’s series of novels and centers on Dr Ephraim Goodweather (Stoll), a Center for Disease Control employee tasked with investigating a mysterious viral outbreak with hallmarks of an ancient and evil strain of vampirism.

Enjoy the clip below.