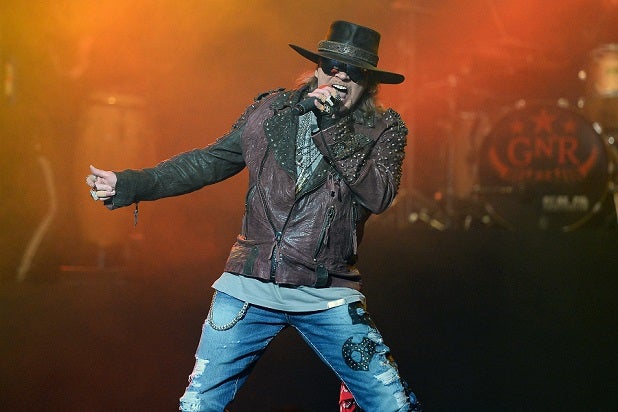 The things people will do to see Guns N’ Roses in a small venue.

Hours after the reunited band announced that it will play a show at the 500-capacity Troubadour in West Hollywood on Friday night, fans took to Craigslist with some absolutely jaw-dropping offers.

In one ad, a guy is offering to sell his wristband  purportedly granting entry to the show for the modest sum of $2,000.

“This is a cloth wristband that can’t be copied,” the ad reads. “I also have photos and video of me getting the wristband.”

And if it turns out to be bogus? Hey, at least you have a rad cloth Guns N’ Roses wristband to add to your wardrobe.

The mind-boggling prices didn’t just come from the sellers. One poster claimed to be willing to pay “$3K CASH” for a single ticket.

Another hopeful fan claimed to have $500 to his name, but said he’s willing to part with his entire fortune for a ticket to the show.

A particularly novel offer was made by a user who said he has two tickets to Guns N’ Roses tribute band The Hollywood Roses at the Whisky A Go Go — and he’s willing to let them go for a mere $450 each, if you’re willing to take a gamble that the for-real Axl Rose and company will show up instead, as the scuttlebutt earlier this week had suggested.

“I’m selling (2) tickets for $900 in advance of any announcement,” the post reads. “If said rumor is confirmed, I’m taking the ad down and selling them for $2K+ each. Until that time I’m willing to sell them for $450 each.”

Given that the band has since announced that it’s playing at the Troubadour instead on Friday night, you can probably get those at a bargain at this point.

By the way: The limited number of tickets that went on sale for the Troubadour show on Friday at noon were priced at a mere $10 each.