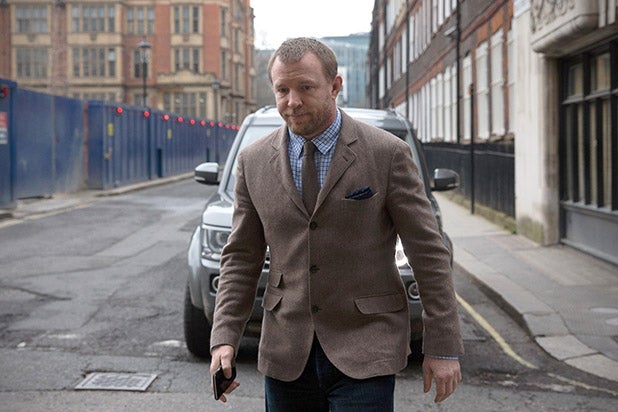 The exclusive, multi-year agreement is the first television deal for Ritchie/Wigram Productions, the company formed by Ritchie and writer/producer Lionel Wigram. The duo has previously produced film projects together, including Warner Bros.’ upcoming “King Arthur – The Legend Of The Sword.”

Jeff Ludwig and Ivan Atkinson of Ritchie/Wigram will handle development and acquisitions for the company.

“Guy and Lionel’s brand is undeniable for this new global marketplace,” said Endemol Shine Studios President Sharon Hall in a statement. “We have already identified projects that extend that brand into TV with the same smarts and swagger they are well known for.”

“We are very interested in the creative opportunities inherent in telling stories in a longer format,” said Ritchie and Wigram.  “Charlie Corwin, Sharon Hall and their team are terrific new partners and we look forward to working with them.”