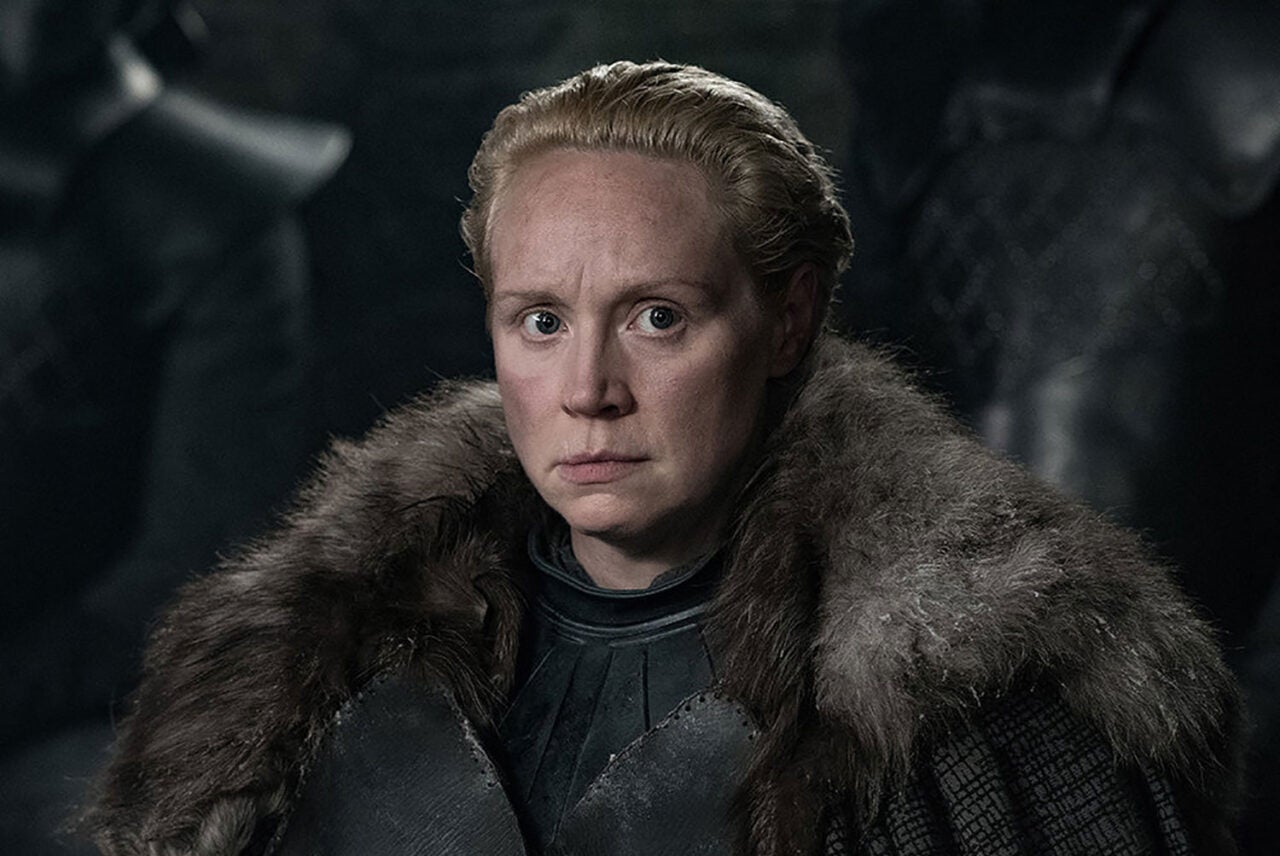 This story about Gwendoline Christie and “Game of Thrones” first appeared in the Down to the Wire issue of TheWrap’s Emmy magazine.

Gwendoline Christie was one of 10 different “Game of Thrones” actors to receive an Emmy nomination this year for the HBO hit’s final season — and one of four first-timers, along with co-stars Alfie Allen, Sophie Turner and Carice van Houten. (Christie, Allen and van Houten submitted themselves in the Emmy race; the others were submitted by HBO.)

We spoke to Christie, whose Brienne of Tarth was a fierce warrior who in the show’s final season won battles, lost her virginity to Coster-Waldau’s Jaime Lannister and became the first woman in Westeros to be made a knight.

Warning: in the remote chance you haven’t seen the final season, this conversation contains additional spoilers.

Had you ever been submitted or submitted yourself to the Emmys before?
No, never. And I didn’t expect HBO to submit me. But as it was the last season, and particularly because of the relevance that I feel the character has in our society now, I wanted to do it. I’ve seen the number of women who come up to me and talk about how the character touched and empowered them.

It’s not my natural place to put myself forward for things, and a lot of people, particularly women, find it difficult to do that. I just had to do it for me, and for my homage to the character.

Did you always feel that connection to her?
When I first Googled the character, I couldn’t believe she even existed. She’s a completely unconventional female character who works outside of the cruel realms of the patriarchal society that hates her because of who she is.

I wanted to explore that role, because I was a woman who had to deal a lot with my shame over the way I looked, my androgyny, my height, the inconsistencies of my face, the scars on my face, my body type, my opinions that I felt too shy to put forward … It was important to me, but I truly did not expect people to take Brienne of Tarth to their hearts the way they had done.

One of the complaints we heard about the final season is that the scene in which Brienne breaks down crying as Jaime leaves to find Cersei is a betrayal of the strength of that character.
I was incredibly pleased to have that moment, because I think we see that Brienne has allowed herself to love someone. I don’t think there should be any thought that loving someone and being in pain when that person leaves her should be painted as a weakness, ever. She showed strength in every different area. Why shouldn’t she be allowed to be devastated?

The last season was particularly fantastic for me as an actor, because I felt that Brienne’s story was coming to a satisfying conclusion. She is knighted, and I love that that stepped outside the conventions of gender roles. I was pleased that she took the chance to explore a sexual world and be in control of that and for her to activate it. And I was delighted that at the end she fulfills her dreams.

Has “Game of Thrones” changed what you want to do from here? It certainly sets a high bar.
[Laughs] Yeah. I’ve learned that I do want to play different types of women, that women’s lives do deserve to be seen in our entertainment. And I want to delight in subverting form as long as I can.