For her new Goop podcast, Gwyneth Paltrow recently talked with her mom, Blythe Danner, about the time in 1994 they appeared in an adaptation of “The Sea Gull” — with a drunk-on-cocktails-in-a-can Christopher Walken.

“It was a strange production,” Danner said, involving complex mother-daughter dynamics — and it’s the subject of our new “Shoot This Now” podcast, in which we talk about stories that should be made into movies. You can listen on Apple or Spotify or right here:

Also Read: That Time Sean Hannity Got Fired for Homophobic Comments... and Went to the ACLU for Help (Podcast)

My fellow “Shoot This Now” host, Matt Donnelly, loves Paltrow the way Tony Stark loves Pepper Potts, and I don’t totally get it.

But we do agree — and so does our guest, TheWrap film reporter Trey Williams — that Paltrow, Danner and Walken’s performance of “The Sea Gull” would be an excellent backdrop for a film or miniseries about Hollywood mothers and daughters.

The “Sea Gull” discussion comes around the 37-minute mark of the Goop podcast. Danner recalls being very tough on her 19-year-old daughter, who “didn’t have too work hard” on the difficult role of Nina, a role Danner had played herself 20 years earlier. 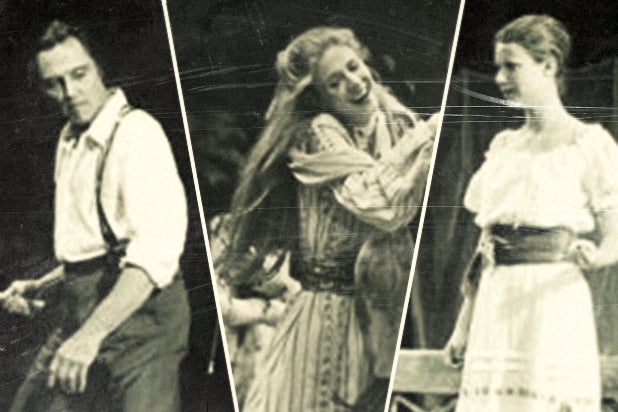 Danner had mixed emotions over how easily acting seemed to come for Paltrow, and that led to tension between them.

Both profess their undying love for Walken, but also remember a comical night when he got drunk on cocktails-in-a-can.

“Oh my God. Mom, do you remember that night he got drunk onstage with me?”

“As wacky as he can be, he is such a company person. His heart is always there to catch you,” Danner replied. “Unfortunately, not that night, because he just happened to be drinking. He didn’t normally.”

Paltrow and Danner came together to save things — Paltrow onstage, and Danner off.

We also talk about why “Silicon Valley” star Zach Woods would be great as Walken and our bold choices to ply Paltrow and Danner. And we talk about mundane celebrity encounters with the cast of “Entourage” and Michael Jackson.