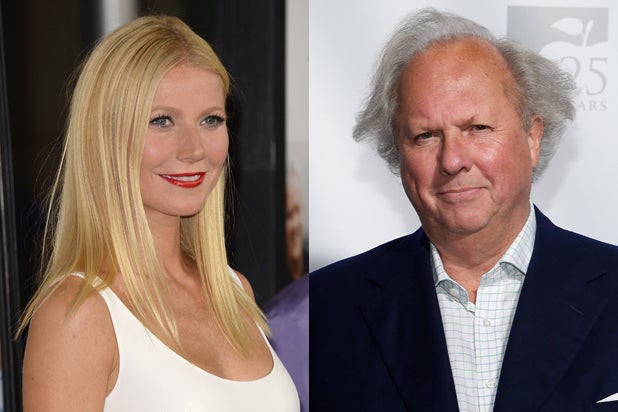 Gwyneth Paltrow‘s tightly-controlled image might get an unauthorized write-up in an upcoming Vanity Fair profile, but it shouldn’t hurt her reputation with fans and will probably help the magazine’s reputation to hit the entertainment world a little harder than it used to, according to brand strategists.

“Her die-hard fans will have a hard time being alienated by her,” Linda Ong, brand strategist and president of TruthCo., said. “They love buying into the fantasy that she’s revealing her authentic self on GOOP.”

But Ong thinks that people who are not Paltrow superfans will be turned off by her actions and attempts to control her image.

“She’s not doing herself any favors by trying to be very controlling and perfect in an era when there’s post-economic collapse, it’s widely acknowledged that nobody’s perfect and that there’s no such thing as control,” Ong said. “It just seems out of touch.”

Bragman thought the controversy would blow over without doing much, if any, damage.

“Gwyneth as a personality, as a brand, is stronger than one potentially critical article,” he said. “I think she will not only survive this, she will thrive.”

Paltrow emailed her celebrity friends asking them not to participate in the profile — and not to “do” the magazine ever again, according to the New York Times. In an interview with London’s Times, Vanity Fair’s longtime editor in chief Graydon Carter confirmed his magazine was writing about the star and that it would go forward with or without her consent.

On Friday, the New York Post said Paltrow’s main objection to the article was her fear that it would explore her close friendship with billionaire Jeff Soffer, and the possibility that they had an extramarital affair in 2008.

Paltrow’s rep (who declined to comment to TheWrap, as did Vanity Fair) denied it, and Bragman doesn’t think it will matter much to GOOPaphiles or even the wider audience if it turns out to be true. “Sexual indiscretion is not something they judge particularly harshly,” he said.

“The best thing Gwyneth could do is go do a positive piece in another magazine and get a thick skin and get over it,” Bragman said. “I don’t think we’ll be seeing Gwyneth at the Vanity Fair Oscar party next year.”

Vanity Fair’s new tougher stance on its celebrity coverage is a marked departure from the fluffy profiles for which it’s become known. That’s also a good way for the magazine to raise its own profile, Ong and Bragman agreed.

“Graydon and Beth, his PR woman, are probably sitting there, ‘Let’s pick a fight with Gwyneth Paltrow! Who loses this one?'” Bragman said.

“Everyone knows there’s no news in entertainment news,'” Ong said. “When Vanity Fair makes a move like this, it makes them more trustworthy. That’s the bottom line.”