Not since the “Succession” Season 2 finale “This Is Not For Tears” did an episode leave us on the edge of our seats like the Season 1 finale of “Hacks,” the divine comedy from creators Lucia Aniello, Paul W. Downs, and Jen Statsky. After weeks of safe stand-up and repeated dust-ups, legendary comedian Deborah Vance (Jean Smart) and recently “canceled” writer Ava (Hannah Einbinder) had a real breakthrough. “I Think She Will” saw Deborah debut the new, confessional act they’d crafted together before traveling to Boston to comfort Ava after the death of her father.

Just as quickly as she made up with her boss, though, Ava was reminded of her latest lapse in judgment: the tell-all email she sent to a pair of TV producers looking to make a show about an overbearing, to put it mildly, woman prime minister (the working title? “Bitch PM”). Season 2, which premieres May 12 on HBO Max, picks up in the immediate aftermath of Ava’s realization, and stretches out her apprehension until it becomes an exquisite torture.

But whether Ava is found out isn’t the focus of the first six episodes of the new season — it just adds another layer to her incredibly complex relationship with Deborah, who is at turns her boss, mentor, friend, and opponent. There’s also the small matter of Deborah having slapped Ava for calling out her sudden cowardice over the new material. 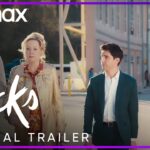 As Season 2 begins, they’re trying to reach a new equilibrium. Deborah is now an underdog in Las Vegas, her longtime ad on the side of the Palmetto replaced with the visage of a douchebag magician named McLudwig. She bombed in her swan song and must now claw her way back to the top with help from Ava, whose large hands would probably make short work of a real climb, but who’s actually fine-tuning the more meditative approach they’re taking.

This dynamic recalls their relationship in the first season, but there’s now some hard-earned mutual respect between Deborah and Ava, though the former is much more reluctant to show it. It’s a small shift, but one that’s felt throughout the season, even as Deborah grows increasingly antagonistic toward her writing partner. “Hacks” really puts Ava through the wringer; the third episode sees her run an emotional gauntlet that would devastate most people, and Einbinder is riveting the whole time

The tension dissipates as quickly as it builds, often unexpectedly, and always to hilarious or affecting results. Aniello, Downs, and Statsky show a masterful grasp of their series’ rhythms, its cadences — not just timing or pacing or leavening a moment with humor, but in sometimes just letting their characters and actors be. (That might sound like TV Producing 101, but just consider all the shows out there that lose steam before the halfway point, or that give the sense of five simultaneous conversations that no one’s actually paying attention to.) They understand their series as a whole, and in their hands, “Hacks” almost becomes a living, breathing thing.

The series continues to find more suspense and pathos in the daily interactions between its abrasive leads than most shows do in an ever-expanding roster of characters and subplots. The odds of confrontation are even higher this season as Deborah and Ava hit the road on an ambitious and impromptu comedy tour, with some help from a road manager nicknamed Weed (Laurie Metcalf, who’s livened up this season of TV by bursting the bubbles of egotistical blondes). So is the likelihood that, despite Ava’s indiscretion and Deborah’s tyrannical behavior, they’ll find a way to really connect again.

As two women making the most of being thrown together in a (still) male-dominated field, Smart and Einbinder remain fascinating to watch. Even when Deborah’s at her most imperious and Ava at her snidest, there’s an undercurrent of affection and vulnerability. Einbinder and Smart established themselves as one of TV’s most compelling duos in Season 1; here, they push each other (and themselves) past previous levels of comfort while still being wonderfully generous scene partners. 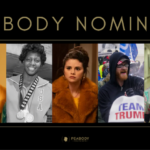 Ava and Deborah remain cognizant of each other’s worst moments — or rather, the ways they’ve inflicted the most pain — while also genuinely trying to support each other. They’ve decided, consciously or not, to take the good with the bad. Who is getting the short end of the stick in that deal is one of the themes of Season 2, which also questions the nature of change. What does lasting change look like, and do our reasons for it matter? When Ava dabbles with self-improvement, she ends up defanged, then more frustrated than before: “I’m trying to be a good person, you f–king bitch!” Deborah seems to want her recent changes to go beyond her act, but naturally, finds it difficult to commit.

That greater sense of introspection extends to the rest of the cast, including the heartbroken Marcus (Carl Clemons-Hopkins), who tries desperately to get over hot water cop Wilson (John Sibilly). Last season, Marcus realized how much he’d prioritized Deborah’s needs and running her business over any of his own desires. He breaks up his routine so that he regularly wraps up a night of clubbing with a bunch of twentysomething gays just in time for a breakfast meeting. Clemons-Hopkins gets their own emotional workout in the new episodes, as Marcus learns that balance is an act, not a state of being.

D.J. (Kaitlin Olson) and Damian (Mark Indelicato) have slightly expanded roles, but the secondary players that really come to the fore here are Jimmy (Paul W. Downs) and Kayla (Meg Stalter), who might have an even more deranged working relationship than Deborah and Ava. Though the corporate office storyline may not feel vital, especially since it’s not clear what it has to say about power dynamics in Hollywood, it does lead to one of the best lines/line readings of the entire series: “They don’t meet the week of Halloween?”

As it muses on change and accountability in its second season, “Hacks” remains one of the most consummately funny shows on TV, defying the sophomore slump to uncover ever more trenchant truths about ambition, failure, and the blurring line between work and family.