Jean Smart’s Deborah Vance is back on the road in the Season 2 trailer for the HBO Max series “Hacks,” and she’s got a new tour manager along for the ride.

“The Connors” star Laurie Metcalf plays the new addition to the team, revealing in the first few seconds of the trailer that she goes by “Weed,” a nickname given to her by rocker Pete Wentz.

Season 2’s trailer is full of hilarious moments of generational clashes between Deborah and her young writer, Ava, played by Hannah Einbinder. During one moment, Ava asks for some fridge space on the tour bus for her kombucha, and Deborah helps her out with that request — by tossing the drink out the window.

Here’s what Season 2 will focus on: “The dark mentorship between legendary Las Vegas comedian Deborah Vance (Jean Smart) and her young, entitled writer Ava continues to evolve as the two travel across the country workshopping Deborah’s new stand-up act,” per the streamer. 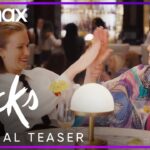 “Hacks” is created by Paul W. Downs, Lucia Aniello and Jen Statsky. They are all showrunners. EPs include Downs and Aniello via their Paulilu banner, Statsky via First Thought Productions, as well as Michael Schur via Fremulon, David Miner for 3 Arts Entertainment and Morgan Sackett.

“Hacks” is produced by Universal Television.

Season 2 premieres on May 12 with a two-episode drop on the streamer. Two new episodes will continue to drop each week until June 12. 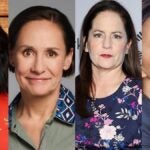