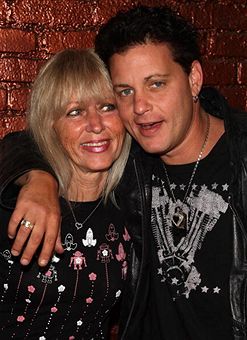 Corey Haim died of a bad heart and complications from pneumonia, and a drug test showed no "significant contributing factors," according to the Los Angeles County Coroner.

Lung damage, pneumonia and a hardening of the heart (plaque buildup in the blood vessels) caused the actor’s death, the coroner said.
Haim, 38, collapsed March 10 at his mother’s Los Angeles apartment. He’d been battling flu-like symptoms for days.
Investigators indicated that an overdose was possible, and Haim’s history of drug and alcohol abuse fueled rampant speculation that he had OD’d. State investigators subsequently announced that Haim illegally obtained more than 500 pills in the weeks before he died, and an arrest was made in a prescription drug ring tied to Haim.