The series, entitled “Battu” after the French ballet term for “beat,” follows a several gifted teenagers dancers who march to beat of their own drum. As they struggle to find their place in the mainstream dance world, they discover a studio that combines hip-hop and ballet — a style known as “hiplet” — and embrace the family they find there. 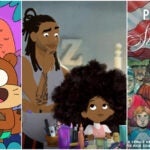 Also Read:
How ‘Hair Love’ Studio Lion Forge Is Proving Diversity in Animation Isn’t Just a ‘Flash in the Pan’

The Cartoon Network series is based on Bottoms’ animated short film “Battu: An Animated Musical” which is currently in production. Cherry also serves as an executive producer for the short film.

“I grew up on a healthy diet of Cartoon Network shows and to be working with them on “Battu” is a dream come true!” Bottoms said, “This project is my love letter to the city of Chicago, animation, and musicals.”

“Battu” will be produced by Cartoon Network Studios and executive produced by Sam Register, Matthew A. Cherry, Chaz Bottoms and Monica A. Young (“Hair Love”). 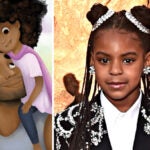