This week’s earthquake in Haiti has thrust into the spotlight the relief work done by organizations such as Doctors Without Borders — and if the documentary "Living In Emergency" is any indication, their work there will be grueling, heartbreaking and, unfortunately, never enough.

Also known as Medecins Sans Frontieres or MSF, the group had about 800 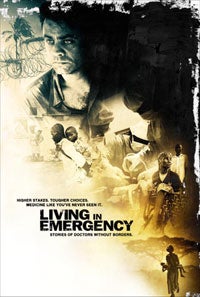 medical staff working at three of Haiti’s medical facilities, all of which were destroyed by Tuesday’s 7.0 earthquake.

The documentary “Living in Emergency: Stories of Doctors Without Borders,” which follows MSF doctors in the African nations of Liberia and the Democratic Republic of Congo, had a timely Wrap screening Wednesday at the ArcLight Sherman Oaks.

Producer Naisola Grimwood and executive producer Mark Harris joined TheWrap managing editor Lew Harris to discuss the film, which is on the short list of contenders in the Oscars’ feature-length documentary category.

Grimwood said initially it was difficult to get MSF’s OK to do the film, because they are “suspicious of the media. We were adamant we weren’t going to do a cause movie, or a call to action,” she said. “We wanted to do a verite film. And the only way we wanted to do it was uncensored.

“But once we got MSF’s permission,” she continued, “the doors were 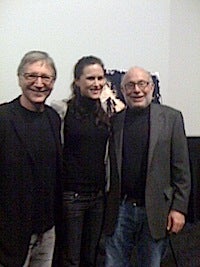 open. There were no restrictions,” other than to avoid interfering with the doctors’ security teams.

“The doctors wanted to share what they do,” she added. “It’s hard for them to explain to their family and friends” what they go through.
One of the doctors in the film summed up his work: “Most of the missions I’ve done are in places where you can’t help everybody, and you have to get used to that.”
And MSF saw that as a valuable aspect of the movie. “They’re supportive of the film because it shows how hard it is,” Grimwood said.
“Not everyone thought this was the best advertisement for MSF,” Harris added. “They decided, after much internal debate, that it was important to show the film to people outside the organization, to show what kind of people MSF needs.”
And those people are not liberal do-gooders, a point the movie makes abundantly clear. There are scenes of doctors arguing with local medical staff, complaining about the conditions, smoking and drinking to excess … but most of all, practicing medicine in the best way they can in impossible conditions, helping the world’s neediest people to the best of their ability.
“They bear witness to suffering in the global community,” Harris said of the MSF teams.