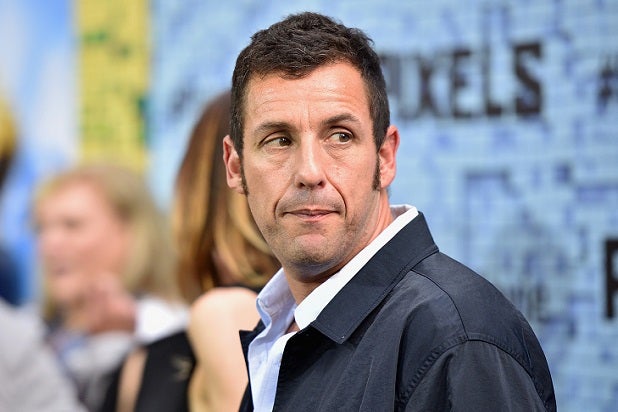 Why did Netflix sign Adam Sandler to a four-picture deal? Why did the streaming service extend the deal for four more films despite terrible reviews? Because people watch him a lot for some reason.

According to Netflix’s Q1 earnings report, released Monday, Netflix’s investment into the polarizing comedy star is paying off.

“We continue to be excited by our Sandler relationship and our members continue to be thrilled with his films,” Netflix wrote in the report. “Since the launch of The ‘Ridiculous 6,’ Netflix members have spent more than half a billion hours enjoying the films of Adam Sandler.

Half. A Billion. Hours.

This is coming from Sandler, who might have the most rotten filmography on Rotten Tomatoes, with most of his films getting less than 60 percent positive reviews from critics.

Sandler’s first film for the platform, “Ridiculous 6,” was the most-watched 30-day opening of any movie on the streaming service ever — including both original and licensed titles — at the time of its release at the end of 2015.

It may have been popular, but by all accounts, it was garbage. It has a rare zero percent on Rotten Tomatoes and TheWrap said it was “as offensive and trite as all of the controversy surrounding it promised.” Deborah Day’s review also said it sounded a “death knell” — but according to numbers, that doesn’t appear to be happening.

Netflix recently premiered the third film of Sandler’s original deal, “Sandy Wexler,” which is getting more positive reviews than his other ventures on the platform. A.V. Club gave the film a B-, saying it “does show signs that Sandler and company still think about show business in terms beyond having a beer in paradise with David Spade.” The Guardian gave it three out of five stars, calling it “authentic.”

The streaming service also said in the report that it’s continuing to work on expanding its comedy initiative, stating that “Dave Chappelle: Collection 1” was its “most viewed comedy special ever.”