Halle Bailey is ready to be part of your world when on Monday she shared a photo celebrating the wrap of production on “The Little Mermaid,” Disney’s live-action remake in which she stars as Ariel.

It’s not a first look photo exactly, but it’s a stunning shot from afar of Bailey lounging on the shore in front of a glorious ocean sunset. And if you look closely, you can see her legs tucked just underneath the water as though she’s masking a mermaid tail.

“And just like that..that’s a wrap,” Bailey wrote in a tweet on Monday. “After auditioning for this film when i was 18 just about to turn 19, to now finishing filming through a pandemic when i turned 21, we have finally made it…I feel so grateful to have experienced this film in all of its glory.” 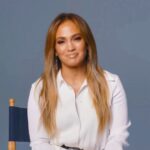 Bailey was cast to play Ariel in “The Little Mermaid” remake way back in 2019, but the film was one of many that was forced to shut down production before it could get going. It has since been filming throughout the pandemic in London.

“The Little Mermaid” is the live-action take on Disney’s 1989 animated musical classic. In addition to Bailey, it also stars Javier Bardem as King Triton, Melissa McCarthy as the wicked Ursula, Daveed Diggs as Sebastian, Awkwafina as Scuttle, Jacob Tremblay as Flounder and Jonah Hauer-King as Prince Eric.

Rob Marshall is directing “The Little Mermaid” with a script by Jane Goldman. Disney hasn’t set a release date for the film just yet, but it’s expected to arrive potentially by 2022.

Check out Halle Bailey’s photo below: