Jennifer Lopez has partnered with Skydance to develop multiple projects based on Concord’s massive catalog of musicals, including those from Broadway legends Rodgers and Hammerstein.

Lopez has an option to star in at least one of the projects.

The agreement builds on Skydance’s existing relationship with Concord, which is developing a modern-day TV series version of Rodgers and Hammerstein’s “Oklahoma!” 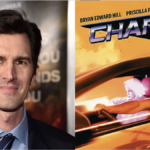 “Musicals were a part of the tapestry of my childhood. We’re so excited to begin our association with Skydance and Concord in reinterpreting some of the most classic musicals and bringing them to life in new ways for a new generation,” Lopez said.

“Jennifer Lopez is an international icon in every sense of the word, and we are thrilled to expand our relationship with Concord to partner with such a creative powerhouse,” Bill Bost, president of Skydance Television, said. “Skydance aims to create stories that appeal to audiences around the globe, and Jennifer is the perfect partner to reimagine these beloved, classic musicals for a twenty-first century audience.”

“It is an honor to join forces with Jennifer Lopez and Nuyorican, while broadening our partnership with Skydance,” Sophia Dilley, SVP of Film & TV Development and Production at Concord, said. “We are excited to collaborate with this impressive team as we continue to champion creative opportunities for the authors and works we represent, together with the copyrights we own.”