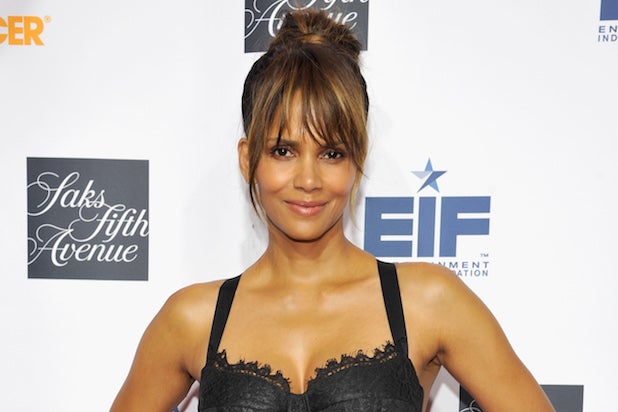 Halle Berry is set to join the cast of “Moonfall,” the sci-fi epic from director Roland Emmerich, Lionsgate announced Tuesday.

She’ll join Josh Gad in the film that will be released theatrically in 2021.

In “Moonfall,” a mysterious force knocks the Moon from its orbit around Earth and sends it hurtling on a collision course with life as we know it. With mere weeks before impact, and against all odds, a ragtag team launches an impossible last-ditch mission into space, leaving behind everyone they love and risking everything to land on the lunar surface and save our planet from annihilation.

Berry will play a NASA astronaut-turned-administrator whose previous space mission holds a clue about an impending catastrophe. Emmerich will direct and he co-wrote the script with “2012” co-writer Harald Kloser, as well as Spenser Cohen.

“Moonfall” hopes to begin production this fall in Montreal.

Like last year’s “Midway,” Emmerich and Centropolis are independently producing and financing “Moonfall,” overseeing all aspects of production, financing, delivery, and distribution and marketing in collaboration with Lionsgate, AGC International, and the film’s distribution partners around the world.

Berry recently wrapped her directorial debut, “Bruised,” in which she also stars as a female MMA fighter. Her recent work includes “John Wick: Chapter 3 – Parabellum.” Berry is represented by WME and Management 360.