When her new channel finally rolls out early next year, Oprah Winfrey will be greeted by an old competitor that’s also migrating to cable. 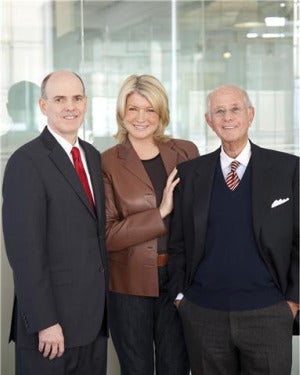 “We’re way ahead of the Oprah Winfrey Network in terms of being ready for 2010,” said Hallmark Channel president-CEO Bill Abbott, whose network recently signed a deal to transition Martha Stewart’s syndicated TV show and general lifestyle brand to cable.

“We’ll take a back seat to no one in the lifestyle genre,” Abbott added. “And we’ll have the audience to prove it.”

Still reliant on what have been the traditionally older-skewing cable channel’s bread and butter through the years — syrupy made-for-TV movies — Hallmark enters its upfront meetings with advertisers on March 23 still buzzing from a December that yielded the biggest ratings in the channel’s history.

For the month, Hallmark averaged a 1.5 household rating in primetime, with three of its telepics — "Debbie Macomber’s Mrs. Miracle," "Christmas in Canaan" and "The Three Gifts" — ranking No. 1 on basic cable in their respective time periods.

For 2009, the network landed among ad-supported cable’s top 10 in primetime ratings performance.

At least in primetime, original movies are still a big part of Hallmark’s programming plan going forward. The Crown Media-owned cable network has another 24 made-fors queued up for this year, and has now infiltrated sibling channel Hallmark Movies into 33 million homes (the main channel is in 90 million).

However, ­­under Abbott — the former Hallmark ad sales chief who took over the channel when Henry Schlieff departed last spring — the network has big plans for daytime.

This starts in September, with the previously syndicated “Martha Stewart Show” moving onto the schedule, set to run in multiple dayparts.

Bringing the show to the network was part of a larger deal signed in January with Stewart’s Omnimedia, an agreement that’s intended to yield a number of other daytime-oriented, home-and-lifestyle-themed shows for Hallmark. (Pictured above: Abbott, Stewart and Omnimedia’s Charles Koppelman.)

A number of new Omnimedia-produced Hallmark series — focused on home, garden and upcoming holidays — are expected to be announced in the coming months.

Of the 450 hours of original programming Hallmark has committed to for the 2010-11 campaign, the bulk of it will be how-to-oriented nonfiction shows aimed at moms, working and otherwise.

"That’s an enormous commitment in the lifestyle area,” Abbott said. “Most competitors have really given up on daytime. They don’t look at it as a driver for new business.”

Abbott believes these new series will invigorate a median viewer age that hovered around 60 just a few years ago.

“We feel the influx of new product coming into the fourth quarter will significantly change our demo,” he said. “Certainly, it will be a more upscale audience than we’re used to seeing.”

Adds Horizon Media programming analyst Brad Adgate: "There’s room to get younger, but I think the trick is to get younger and maintain the number of audience impressions. Typically, when you reposition a network, you lose ratings."

Hallmark is moving into a crowded cable programming niche. Besides partnering with Winfrey’s Harpo Productions to launch OWN, Discovery has a number of lifestyle-oriented channels. HGTV and the Travel Channel also offer competition in the space.

"That’s getting to be a pretty crowded landscape on cable," Adgate said. "Everybody is beginning to cannibalize the other by going after the same viewer."

For his part, Abbott believes the Hallmark brand lends itself particularly well to reality-based home and lifestyle programming. "That’s one of the things that’s been really unexploited — showing the things that Hallmark enthusiests love about life."

Meanwhile, Abbott is ambitiously targeting what promises to be the 800-pound gorilla in the home-and-lifestyle genre when it finally launches.

“I think Oprah is a very different proposition,” he noted. “They’ve had trouble finding their way. She’s a great interviewer, but the question as to what’s appropriate for Oprah the channel is still very much in the air. Martha has already been successful on multiple platforms.”