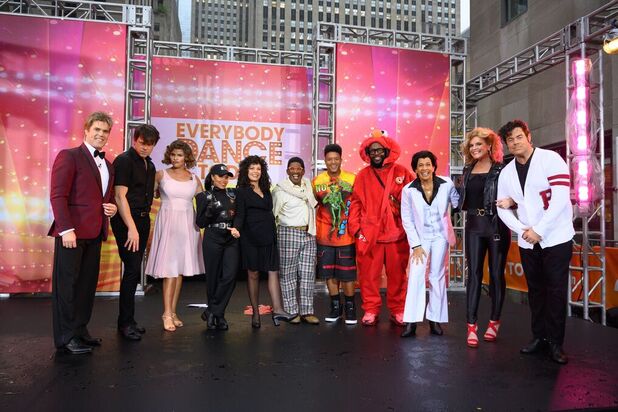 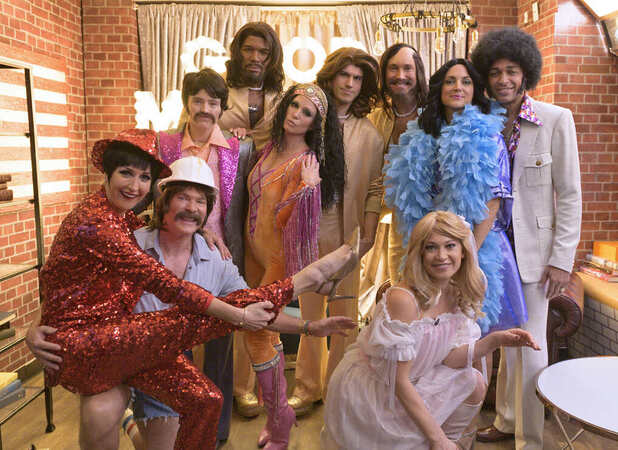 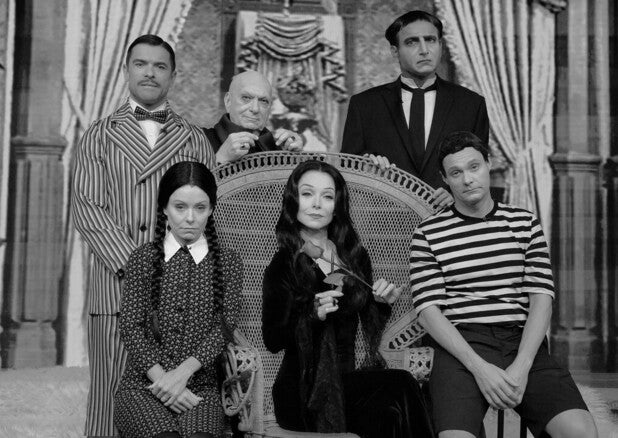 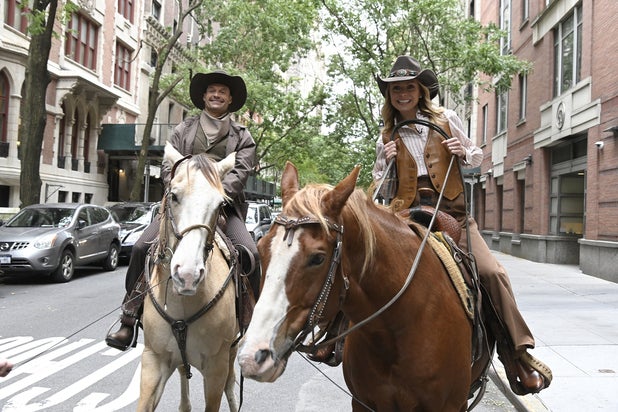 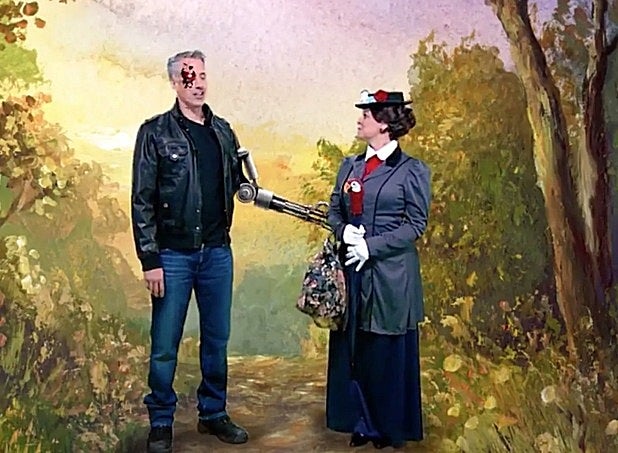 HLN
"Morning Express" (HLN) Disco made a third appearance during HLN's "Morning Express," but so, too, did "Pretty Woman" and... a mashup of Terminator and Mary Poppins? 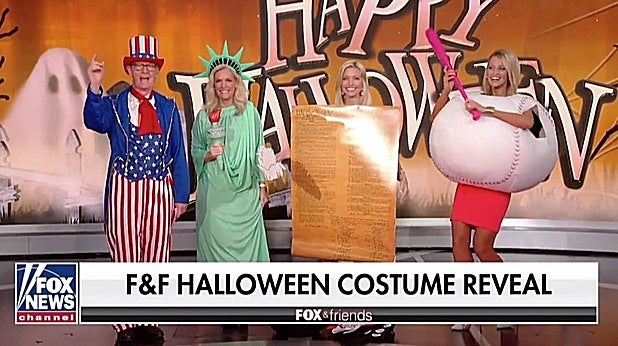 Fox News
"Fox and Friends" (Fox News) Also on cable, "Fox and Friends" hosts joined forces with Party City for a "patriotic" theme. Steve Doocy was Uncle Sam. Ainsley Earhardt was the Constitution. You see where this is going. 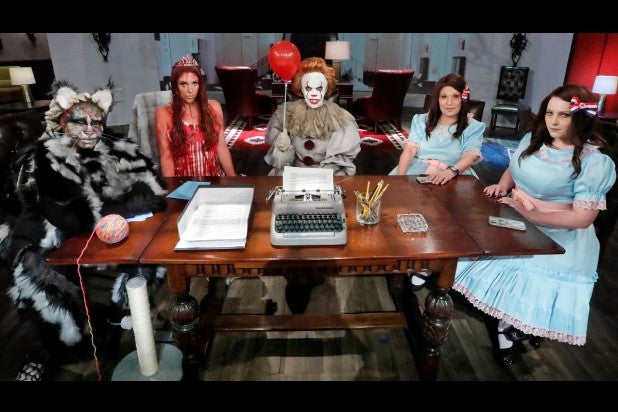 ABC
"The View" (ABC) The panelists from "The View" took inspiration from Stephen King novels: Whoopi Goldberg channeled Church, the cat from "Pet Semetary," Abby Huntsman dressed up as bloodied prom queen "Carrie," Sunny Hostin was nearly unrecognizable as Pennywise from "It," while Joy Behar and Meghan McCain -- who often clash -- ironically portrayed the Grady sisters from "The Shining." 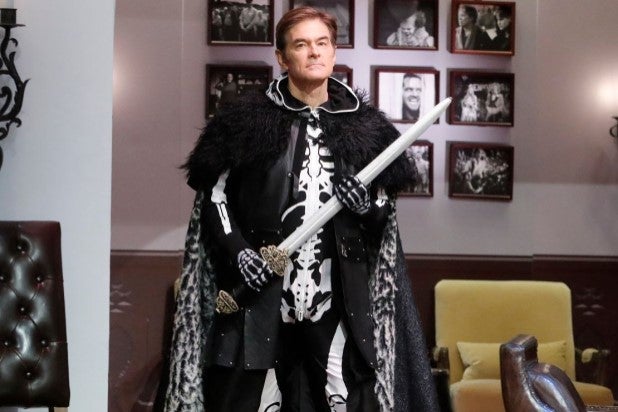 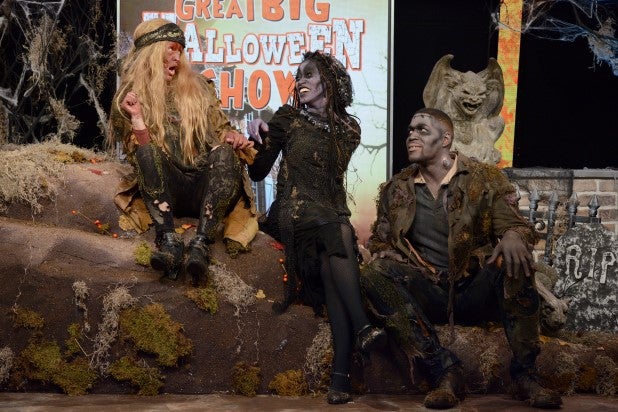 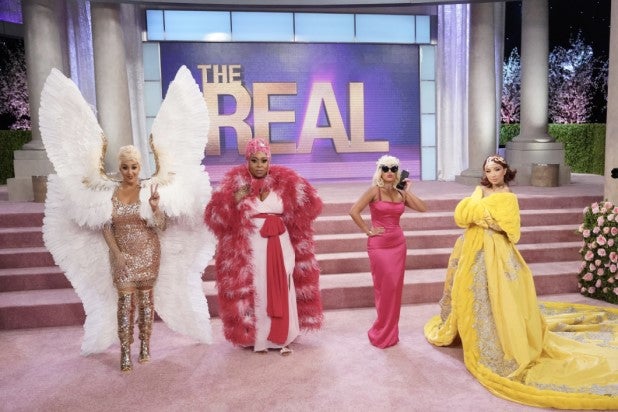