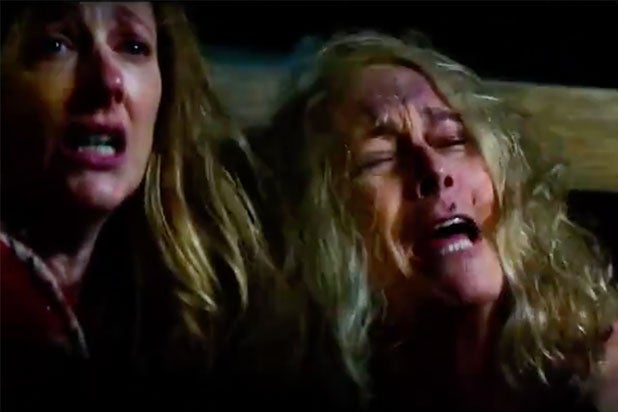 Blumhouse has given another new look at “Halloween Kills,” with Jamie Lee Curtis once again trying to escape the murderous wrath of Michael Myers.

But we’ll have to wait until next Halloween to see the follow-up to the rebooted “Halloween” directed by David Gordon Green, as the second installment in the new horror franchise was pushed back from a 2020 release to next year due to the coronavirus pandemic. It’ll then be followed by “Halloween Ends,” which will arrive in 2022. Talk about scary.

This new footage shows Michael bursting out from a window to grab and smash the head of a man wielding a baseball bat, as well as Curtis as Laurie Strode teaming with her daughters to finally bring Michael down.

“Next Halloween, when the sun sets and someone is alone, he kills,” she says in the clip.

Green wrote the film with Danny McBride and Scott Teems all based on the slasher horror classic from John Carpenter back in 1978.

Green referred to the new “Halloween Kills,” the middle film in the trilogy, as their “Empire Strikes Back,” saying it will have “twice the thrill, 10 times the kills.”

Check out the new teaser for “Halloween Kills” here and above.