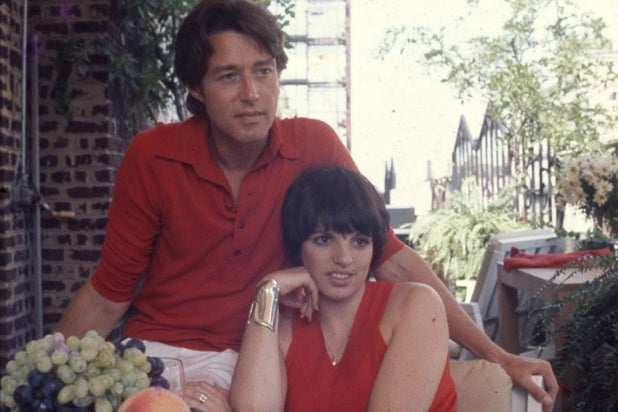 In the 1960s, early in his career as a milliner for New York’s Bergdorf Goodman, Roy Halston Frowick, who would come to be known only by that middle name, attended a dinner in the Hamptons at which two heterosexual men refused to be seated at the same table as, in their words, a “f—ot.”

While hardly an inciting incident, the variations on this sort of moment tend to hover over the careers of accomplished queer people, driving them to be better at their jobs in a world that still denigrates their humanity, and it also hovers over “Halston,” a sleek documentary from director Frédéric Tcheng (“Dior and I”) about the American fashion designer’s legendary career and rocky relationship with business interests.

Another equally chilling word also hovers over the film: “Volume.” It’s uttered by a JC Penney executive in archival footage from 1982, when he’s asked to describe the department store’s upcoming collaboration with the man who made Jacqueline Kennedy’s pillbox hat and Liza Minnelli’s entire wardrobe.

And though Halston himself was a willing participant in this brand expansion — a pioneering step that alienated his upscale clientele long before the days of cool pop-up Target lines for fashion labels like Missoni and Rodarte — he wasn’t ready to submit to decisions made by people with only money on their minds.

Tcheng’s Halston narrative shifts gears, at times uneasily, between a celebration of a man who understood the time he lived in — he intuitively grasped the way changing social values could translate into how bodies desired and responded to clothing — and a critique of capital and its crushing effects on creative people in debt to its demands.

As the 1960s gave way to what a reporter in “Women’s Wear Daily” referred to as the “soft 70s,” Halston set aside his hat designs and began making clothes. They were a revolution in structure and cut, what close friend and interview subject Minnelli says were clothes “that danced with you.”

Household name status followed, as the designer made appearances on “Donahue,” “The Love Boat,” and most memorably, as part of the in-crowd at Studio 54. Far from being a distraction from his work, the public face of Halston was part of the aspiration his clothing embodied. In the popular imagination, his designs were the 1970s.

Then came the cocaine. Trite or not, self-medication often works its way into many stratospheric rises to fame, thanks to the pressure to continue working, to continue winning, to prove to the world that one is more than just some “f—ot” at a dinner party. And Halston was not immune to that pressure. Echoed across the film’s interviews is the story of a man who worked past the point of exhaustion and who worked his colleagues in the same punishing manner.

But no punishment is worse than when a corporation arrives to devour what it wants and then spit out the bones. ESMARK, the company that took over the Halston empire in the 1980s as the JC Penney debacle unfolded, set about to micromanage a man who was used to being the last word on his own business. Manager Carl Epstein, interviewed with his telling collection of war memorabilia, paints himself as both comrade to Halston (even while using dismissive, coded language like “airy fairy” to describe the designer’s process) and as the bad cop who had no choice systematically but to push Halston out the door when extensive (and secretive) consultant reports decided the designer was more liability than asset.

“Halston” is at its most naturally energetic when highlighting career triumphs. It’s packed with archival footage remembering past glamour, and moving contemporary interviews with models like Pat Cleveland, whose own ascendance in the fashion world as one of the first African American models to make a name for herself, went hand in hand with Halston’s paradigm shift.

These moments vibrate with the excitement of watching the formerly marginalized build on the freedoms promised by the 1960s. But as much as he would probably like to ignore it, Tcheng refuses to turn the film’s attention away from Capitalism’s brutal grip on art. The fashion world must necessarily make its bed with backers and businesses that care only for that volume, and who will strip a design house for parts like a junkyard automobile whenever it suits them. And it suited the people who ran the Halston label into the ground. Narration from writer-actress Tavi Gevinson frames this awkwardly, but the sobering point is made.

In the end, “Halston” is a love letter to an artistic genius that comes with a warning about a man who became a ghost in his own world. It also comes with more than one unhappy ending. His name purchased, his choices diminished, his reputation momentarily tarnished, Halston wouldn’t live to see tributes like this film, as fate added cruel injury to insult with death from AIDS complications in 1990. And there’s one more posthumous sting: Occupying his former Manhattan home? A private investment firm.