“Halt and Catch Fire” is more than an obscure computer code instruction — that may or not have been real. AMC is hoping that it will be their next shining star. The ambitious drama series steps back to the early 1980s when the computer revolution was just getting underway, following a group of ambitious young entrepreneurs who are looking to make a mark in the burgeoning new technology market.

The network has released character details, along with a short teaser, to whet the appetites of potential fans. As the teaser explains it, “Halt and Catch Fire (is) a computer instruction that forces all commands to compete for control, causing the system to self destruct.”

It looks like Joe MacMillan, portrayed by Lee Pace (“Pushing Daisies,” “The Hobbit”), might be the human equivalent of this command. A former IBM sales exec, MacMillan basically forces his way into the lives of the other characters with his ambitious idea to reverse-engineer an IBM PC and build something better.

He puts together his team, starting with Gordon Clark, played by Scoot McNairy (“Argo,” “Killing Them Softly”). Clark knows his way around computer hardware, and is longing for career redemption. At an industry trade show, his home-built PC, the Symphonic, failed to turn on at all. Humiliated, he turned his back on computers completely and wound up working at Cardiff Electric in Dallas, where MacMillan found him.

Mackenzie Davis, best known for her performance in Drake Doremus‘ drama “Breathe In,” is Cameron Howe, who’s recruited to build the operating system. A female in the tech industry of the early 1980s was a bit of an anomaly, but then so is Howe. She’s the wild card of the team, self-destructive and yet an idealistic visionary, sleeping with the boss and butting heads with Clark at every turn.

The core cast is rounded out by John Busworth, played by Toby Huss (“Carinvale,” “The Adventures of Pete & Pete”). Bosworth is the senior VP of Cardiff Electric who is a little surprised to suddenly find himself in the computer development business. It’ll be a battle at the highest levels of the company for control, with the friction echoed in the technical team as well.

Can the next great thing be fostered amid such dysfunction? They’d all better hope so. “Halt and Catch Fire” was created by Chris Cantwell and Chris Rogers, who executive produce alongside Jonathan Lisco, Mark Johnson, and Melissa Bernstein. The AMC series co-stars Kerry Bishe and David Wilson Barnes. The premiere was directed by Juan Jose Campanella and will debut on Sunday, June 1. 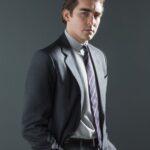 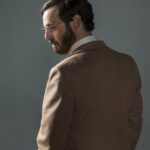 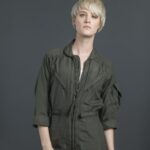 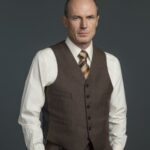 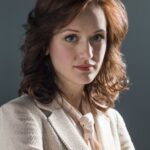