"The Hangover" and "District 9" duked it out for top spot on the DVD sales and rental charts last week. The raunchy comedy’s debauched trio bested the sci-fi sensation’s low rent aliens in terms of sales, but had to settle for a silver on the rental chart, according to Rentrak Corporation, a home video tracking service.

"Harry Potter and the Half-Blood Prince," "G-Force," and "Up" also proved to be popular last minute stocking stuffers, as the kid friendly flicks took the third, fourth, and sixth spots on the sales charts. Coming in at number five, the ultra-violent Quentin Tarantino film "Inglorious Basterds" was another Christmas time favorite, though presumably as a present for a more adult bunch.

With "The Blind Side" still packing them in at the multiplexes, Sandra Bullock showed that she is an equally accomplished home video draw. Her "All About Steve" may have been a box office dud, but it debuted in the three slot on Rentrak’s list of top ten rentals.

In its second week of release, "Basterds" managed to hold on to fourth place, while "500 Days of Summer" and "Beyond a Reasonable Doubt" launched at fifth and seventh place respectively. 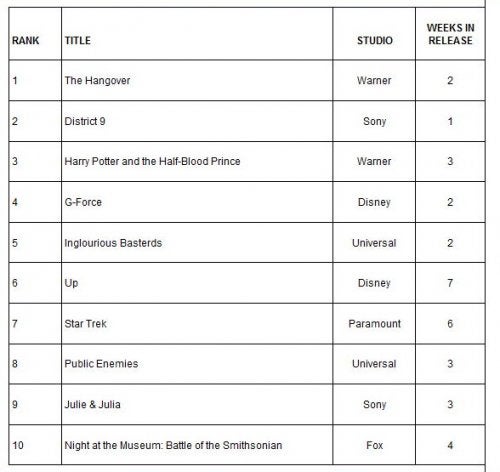 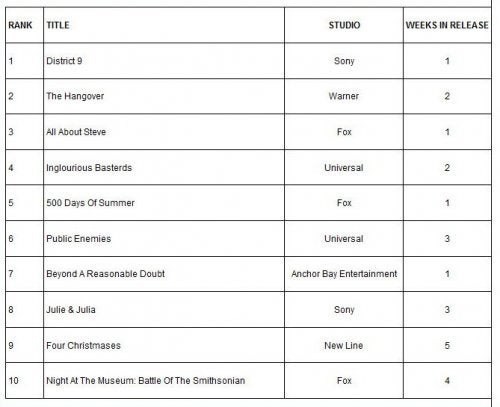