Emmy and Peabody Award-winning comic Hannah Gadsby has signed a multi-title deal with Netflix, which includes a new hour-long special that will tape in Sydney during their “Body of Work” world tour.

The Tasmania, Australia-hailing comedian will also produce and host a multi-comic special showcasing performers of all gender identities. Gadsby was notably one of the Netflix-affiliated talents to call out the streamer and co-CEO Ted Sarandos for supporting Dave Chappelle’s special, “The Closer,” which included anti-trans and anti-LGBTQ+ content. 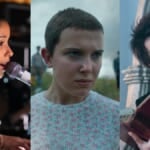 Also Read:
7 Spooky Netflix Shows to Watch to Kick Off the Fall Season

“In an effort to further open a door that I had to fight to get through myself, I will curate and host a line-up show on Netflix featuring six new, gender-diverse comedians,” Gadsby said in a statement. “In a notoriously transphobic industry, I am looking to broaden the scope of opportunities for genderqueer performers from around the globe, as well as expand the diversity of offerings to audiences on one of comedy’s biggest platforms.”

Their statement continued: “Coupled with a mentorship initiative for these up-and-coming comics, the program aims to foster the professional development of a demographic that is still struggling to have their voices heard. Recorded in a single run in the UK in 2023, this will be a chance for the world to hear these voices for the first, but definitely not the last, time.”

Gadsby’s new set will mark their third Netflix comedy special following the critically acclaimed “Nanette” (2018), which garnered them an Emmy and Peabody, and “Douglas” (2020), which was twice Emmy-nominated.

The new special, which will premiere in 2023, will be recorded live at the Sydney Opera House this week, marking the comedian’s return to the “Nanette” filming location. 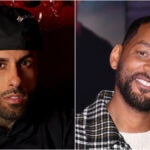