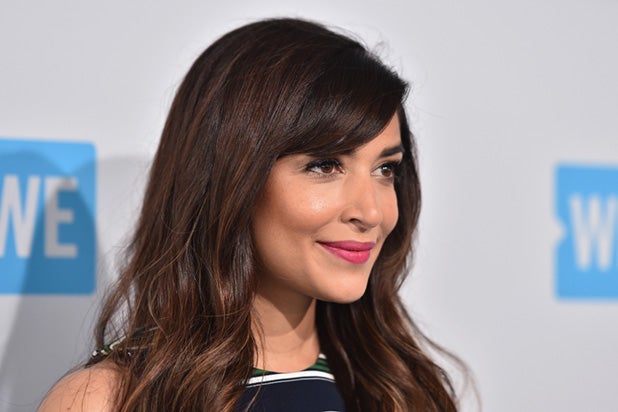 The “New Girl” alum will star in the network’s remake of the 1980s comedy series, which was ordered to pilot last month.

Simone will play Meera, a 30-year-old woman who loves tequila and karaoke and has spent her life searching and failing to find meaning, much to the chagrin of her traditional Indian-American family. She is entrusted with a super suit to protect the planet, leaving the world in her unreliable hands.

The original “Greatest American Hero” aired from 1981-83 on ABC and starred William Katt as teacher Ralph Hinkley (“Hanley” for the latter part of the first season) as the titular hero, as well as Robert Culp as FBI agent Bill Maxwell and Connie Sellecca as lawyer Pam Davidson.

ABC’s new take on the sitcom is written and executive produced by Rachna Fruchbom. “Fresh Off the Boat” creator Nahnatchka Khan also serves as executive producer on the pilot alongside Mandy Summers and Tawnia McKiernan. It’s produced by 20th Century Fox Television and ABC Studios.

The project will be Simone’s follow-up to a seven-year run on the Zooey Deschanel-led “New Girl” on Fox. She is repped by UTA, Alpita Patel Management and lawyer PJ Shapiro of Ziffren Brittenham.