On some TV shows, it’s hard to know when a character is well and truly dead — sometimes seeing a body just isn’t enough. But for “Ted Lasso” star Hannah Waddingham, the official confirmation that she was done on “Game of Thrones” came when she was gifted the iconic “shame bell” rung by her character in Season 5.

During an appearance on “The Kelly Clarkson Show” this week, the host took a moment to fangirl over Waddingham’s turn as Septa Unella on the HBO series. For many fans, Unella’s most memorable moment came when she walked Cersei (Lena Headey) through town, ringing a bell and chanting “Shame!” as a form of humiliation. And Clarkson got Waddingham to confirm that she kept that bell after production ended.

“That’s kind of messed up!” Clarkson joked. But Waddingham noted that it was a gift; not something she took from the set. The actress also joked that it was a clear indicator that Unella was really, officially done.

“That’s when you know that your character is really dead,” Waddingham said. “When they give you like, the ‘hero’ thing of your character. They’re like, ‘Thank you very much and goodbye.'” 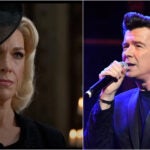 You can watch the full moment from “The Kelly Clarkson Show” in the video above.

Also during the interview, Clarkson congratulated the actress for starring in such heralded series, between “Game of Thrones” and now “Ted Lasso,” for which Waddingham just won an Emmy Award for Supporting Actress in a Comedy.

“Everything you touch is gold, apparently,” Clarkson said.

“I feel like I’ve been very lucky, that these huge shows have just gone, ‘Come in and do this,'” Waddingham humbly replied. 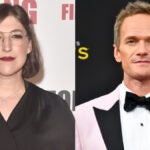 For what it’s worth, Waddingham had her own fangirl moment, as she gushed over Clarkson and her other guest, Joseph Gordon-Levitt.

“I feel like I’ve won a competition with both of you!” Waddingham said excitedly. “Spend the day with two people you love. Seriously!”

One thing she didn’t spill the beans on, though, is where exactly that shame bell is in her home. That will just have to be left to the imagination of “Game of Thrones” fans everywhere.