Composer Hans Zimmer and guitarist Johnny Marr will perform Zimmer’s music to “Inception” at a party following the film’s premiere on Tuesday, July 13.

The performance will be backed by a 20-piece orchestra, and will stream live on Ustream.

Zimmer’s score to “Inception,” one of the elements of the film often singled out in early rave reviews, was recorded with the help of guitarist Marr, best-known for his stint in The Smiths. The original soundtrack album, “Inception: Music From the Motion Picture,” will be released the same day as the Zimmer/Marr performance.

The concert can be heard live on Tuesday at https://www.ustream.tv/inceptionpremiere. 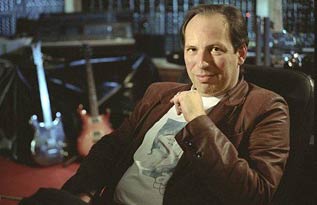 Two days after the “Inception” premiere and concert, on July 15, the Oscar-winning composer will sign copies of his soundtrack album at Amoeba Music in Hollywood. The 8 p.m. signing will be followed by a midnight screening of the film at the Arclight Cinemas, one block away from Amoeba.

The store will sell 200 $35 “soundtrack fan packs” that include the CD, a movie poster, a ticket to the screening and a guaranteed place in line at the signing.

“Inception” opens nationwide on July 16. Proceeds from the sale of tickets to the premiere and after-party will benefit the Alliance for Climate Protection.