Paramount+ has given a series order for “Happy Face” from Robert and Michelle King, which is based on the popular iHeartMedia podcast of the same name.

The series, which will be written by Jennifer Cacicio, centers on the true story of Melissa Moore, who discovered at age 15 that her father was the prolific serial killer known as Happy Face.

Jumping off from Melissa’s true-life story, in the series for Paramount+, her father contacts her to take credit for another victim, and Melissa gets pulled into an extraordinary investigation of her father and his crimes. The series follows her as she discovers the impact her father’s crimes had on the families of his victims, which ultimately leads to a reckoning of her own identity. 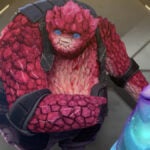 “We’re obsessed with true-crime podcasts, and ‘Happy Face’ is the best we’ve heard,” Robert and Michelle King said. “Melissa’s story screams out to be dramatized, and Jen is exactly the showrunner to do it.”

“Melissa’s unique, deeply personal and utterly shocking story has captivated listeners around the world. We couldn’t be more excited to have Jennifer at the helm of this project for Paramount+ alongside the incomparable Robert and Michelle King,” said Nicole Clemens, president, Paramount+ Original Scripted Series. “’The Good Fight’ and more recently ‘Evil’ are two of the most successful series on our service, and we look forward to bringing our subscribers yet another series for fans to love.”

“Melissa’s experience – and her bravery in sharing it with world – was one of the most remarkable partnerships we’ve been able to support here at iHeart,” said Conal Byrne, CEO of iHeartMedia’s Digital Audio Group. “And we know that audiences will be just as moved by the on-screen adaptation of ‘Happy Face’ as they were with the hugely successful podcast. Paramount+ has quickly built a fantastic reputation, with some of today’s most exciting content. It’s the perfect home for this incredible story.”

Also Read:
Can ‘Clifford’ or ‘Belfast’ Dethrone ‘Eternals’ at This Weekend’s Box Office?

“It’s been an incredible journey that I couldn’t have ever foreseen – how I’ve transcended being raised by a serial killer and now am helping survivors tell their stories,” said Melissa Jesperson-Moore, Executive Producer and CEO of Redletter Media. “’Happy Face’ gives me the chance to share the intense internal conflict, fear and peril felt by those affected by true crime. It also inspires me to share the strength that has allowed me to step up in front of the camera so that other survivors will not feel alone in their experience.”