“happythankyoumoreplease,” an urban romance about three New York couples and the directorial debut of the “How I Met Your Mother” actor Josh Radnor, was named winner of the audience award at the Gen Art Film Festival on Wednesday in New York. The film took home the same prize at the Sundance Film Festival in January.

Other winners at the festival, which was celebrating its 15th anniversary, were “Tanner Hall” (which won a $10,000 prize for Best Feature), “The Poodle Trainer” (the $5,000 award for Best Short) and “The Hirosaki Players” (audience award for short). 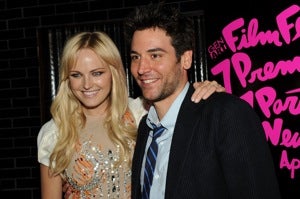 “happythankyoumoreplease,” which stars Radnor, Malin Akerman, Kate Mara and Zoe Kazan, will be released in August by the film and video division of the Hannover House publishing company.

Radnor’s film was the opening-night attraction at the festival, whose other films included “Mercy,” “Waiting for Forever,” “The Wild Hunt,” “Teenage Paparazzo” and “Elektra Luxx.”

Gen Art is an arts and entertainment organization devoted to showcasing emerging talent. Information on the organization and the film festival is available at www.genart.org.

Video from the festival is available here.